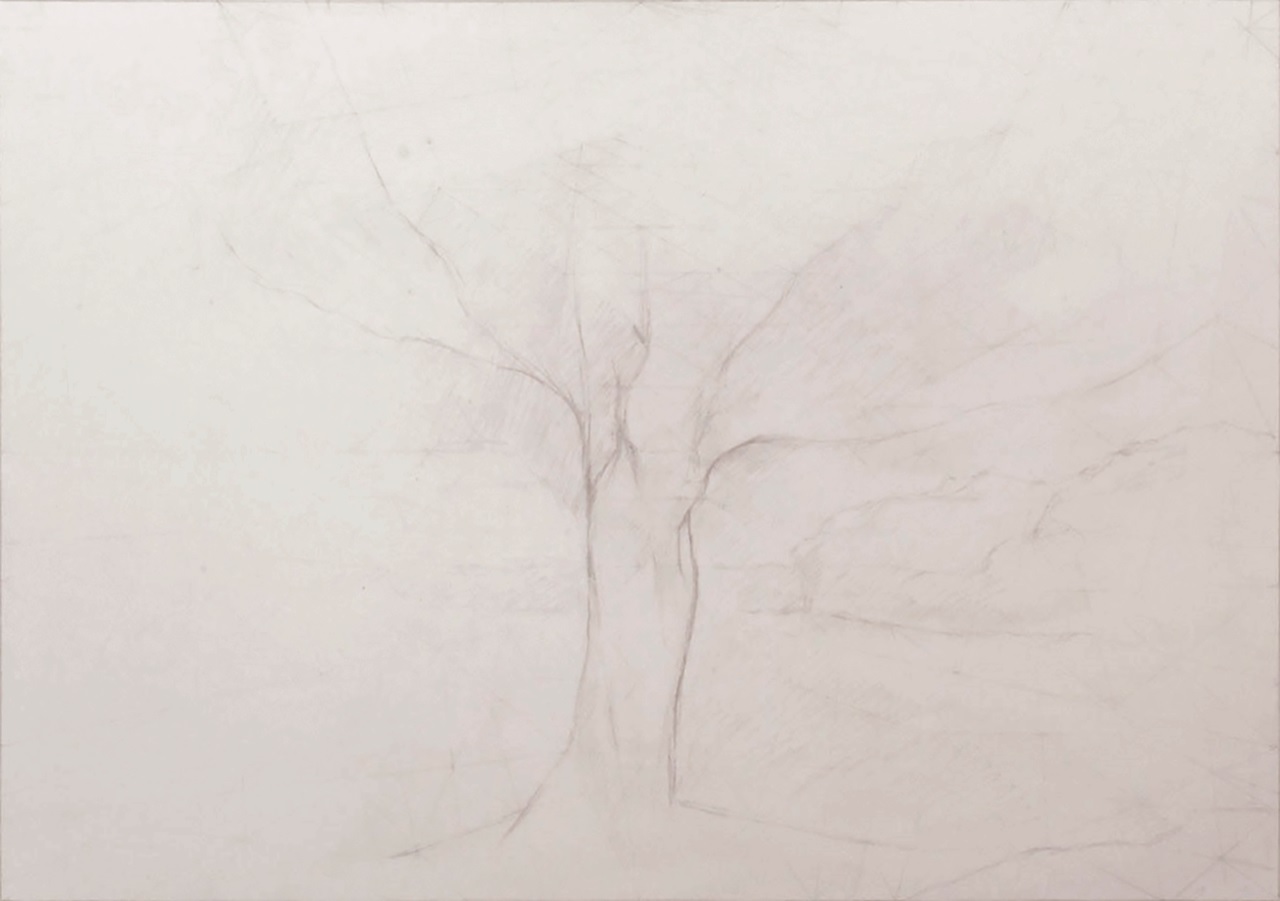 American artist Jake Berthot began exhibiting minimal, geometric works comprised of subdued colors in the 1960s. As time passed, his sense of geometry and color opened to reveal active, organic compositions, influenced by his 1992 move to upstate New York and the dense woods near his home. Berthot’s drawings retain the geometry of his earlier paintings, seen here in the orthogonal grids in the upper half of the work where the branches of the tree-like form recede into the background. The childlike drawing and elemental shapes are evidence of an artist grounded in abstraction, while deeply connected to the natural world. Berthot’s work is in numerous public collections, among them MoMA, the Whitney Museum, and the Guggenheim Museum, all in New York.