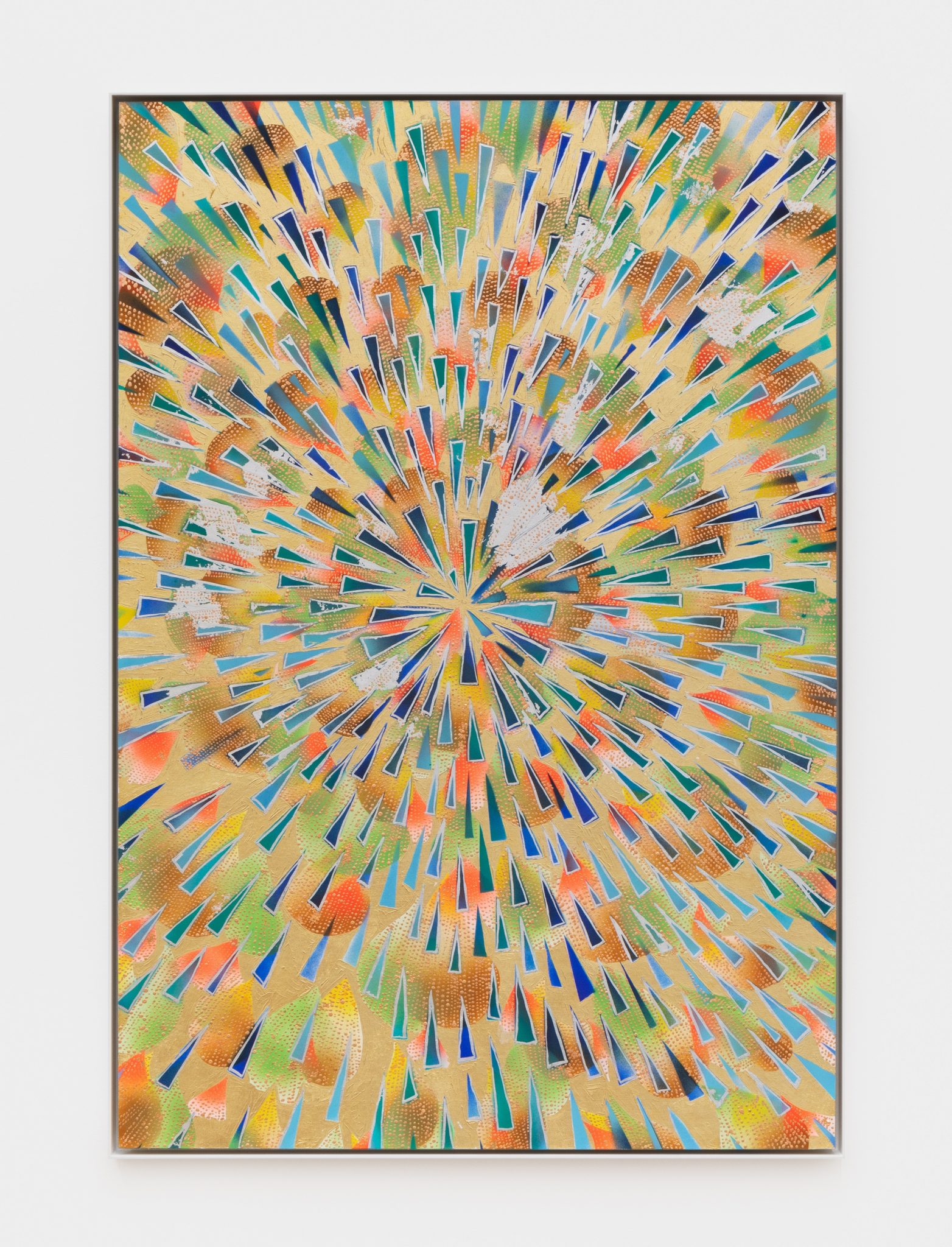 Perceived on linen and paper, Mindy Shapero’s portal scars are evidence of a focused and labor-intensive transcendence of physical planes. While the portals have closed, indicating their initial use has passed, the formed scars that remain illustrate the rigorous process that drives the artist’s transitory practice. Meticulous sequences of dots and marks act as visual metronomes reflecting a rhythmic back-and-forth of manual meditation culminating in a climactic inversion as Shapero’s actions collapse the dichotomy between macro and micro while melding notions of time and space. Formed by stencils sourced from studio scraps, Shapero transmutes negatives from past sculptural pieces into positive shapes before being reversed once again as this performed exchange manifests the vehicle to each portal. Shapero’s repeating motifs further develop the inherent paradox of their existence through the artist’s application of delicate gold leaf, an adornment dating back more than 8,000 years in the canon of art history, in combination with spray painting and stenciling, tied to the artist’s personal history rooted in the DIY aesthetics of punk counterculture.