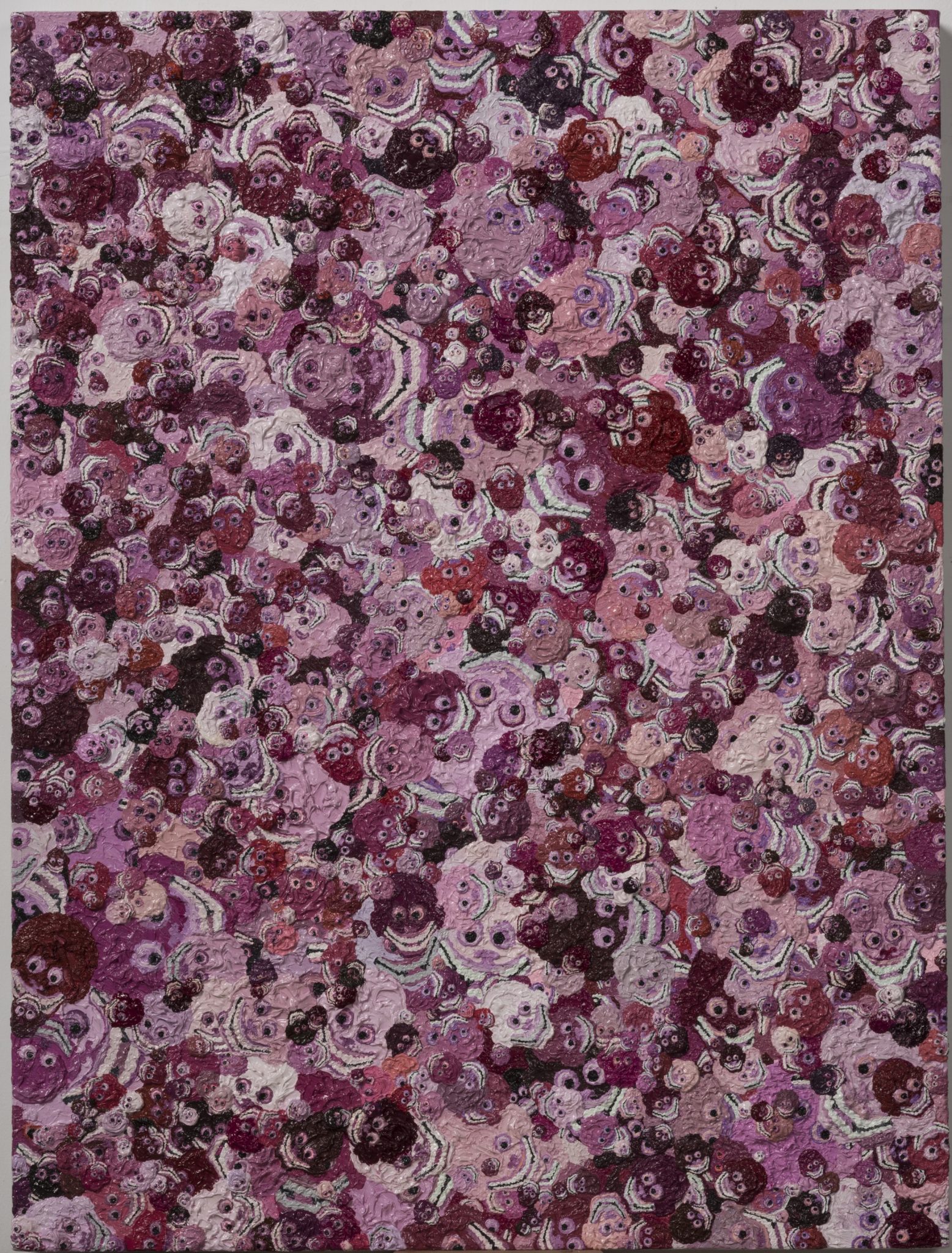 The poppy field series describes the attempts by people to pursue freedom and a happy life in the present life. But it’s an illusory condition. It is a kind of happiness over terrorism, anxiety, and loneness. It can also be interpreted as a reappearance of the spirit of those who have already died in the poppy field. – Zhang Huan

Rising to fame in the 1990s for his influential performances where he covered his body in calligraphy, honey, or slabs of meat, or suspended himself by hooks, Chinese artist Zhang Huan has been creating work that tests the boundaries of his own physical form while challenging societal norms for three decades. Zhang began working with more traditional media after opening his studio in Shanghai in 2005, moving away from New York where he had lived and worked for eight years. While he now creates sculptures, installations, and paintings, the work still contains themes of existentialism and globalism but incorporates elements of Tibetan Buddhism (Zhang was ordained a Buddhist monk in 2005). In this series of brightly colored paintings, what appears to be a field of flowers from afar transforms into thickly painted skulls that grin at the viewer. The skulls are modeled after Tibetan masks and serve as a reminder of the need to destroy the ego and the necessary cycle of life, death, and rebirth. “The paintings represent the hallucination of happiness and the hallucination of fear and loneliness in this life as well as the hallucination of happiness in the next life,” said the artist. “If there’s no color in your hallucination, it won’t be heaven. It would be hell.” Zhang has performed at many international venues, including the Whitney Museum of American Art as part of the 2002 Biennial, and his work in is numerous public and private collections.