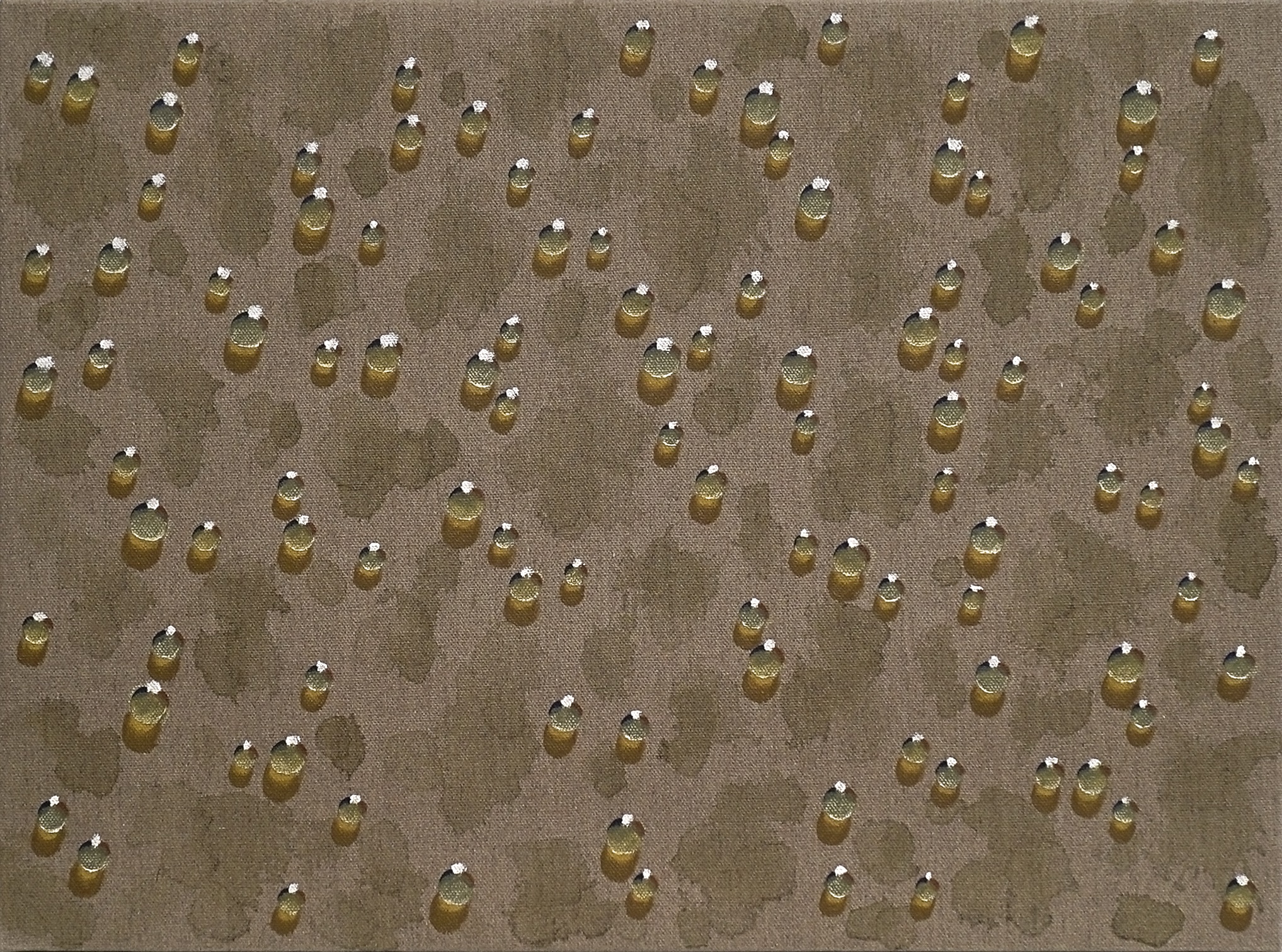 For over 40 years, Korean artist Kim Tschang-Yeul has focused on his signature motif: the water drop. Born in 1929 in Japanese-occupied North Korea, the artist eventually migrated south to escape the communist regime, after which he spent time in New York before settling in Paris in 1969. It is here that he began painting the water drop. Kim discovered his signature image one morning when he sprayed water on the back of a canvas and saw the droplets shining in the morning light. As an image, the drop contains elements of Pop art, trompe-l’oeil, and still life, though in the ways Kim has used it, the shiny drop appears more as a quiet meditation on the transient nature of time and the elements. In this work, a field of drops scatters around the canvas next to stains where the drops are beginning to soak into the surface, evaporate, and finally disappear. Kim’s work has been shown around the world for more than fifty years, recently culminating in several important retrospectives at the Gwangju Museum of Art, Korea (2014); Taiwan National Museum of Fine Art, Taichung (2012); Busan Museum of Art, Korea (2009); National Art Museum of China, Beijing (2006); and Jeu de Paume National Gallery, Paris (2004). The public initiative based Kim Tschang-Yeul Museum, created in honor of the artist, opened on the island of Jeju, South Korea, in 2016.