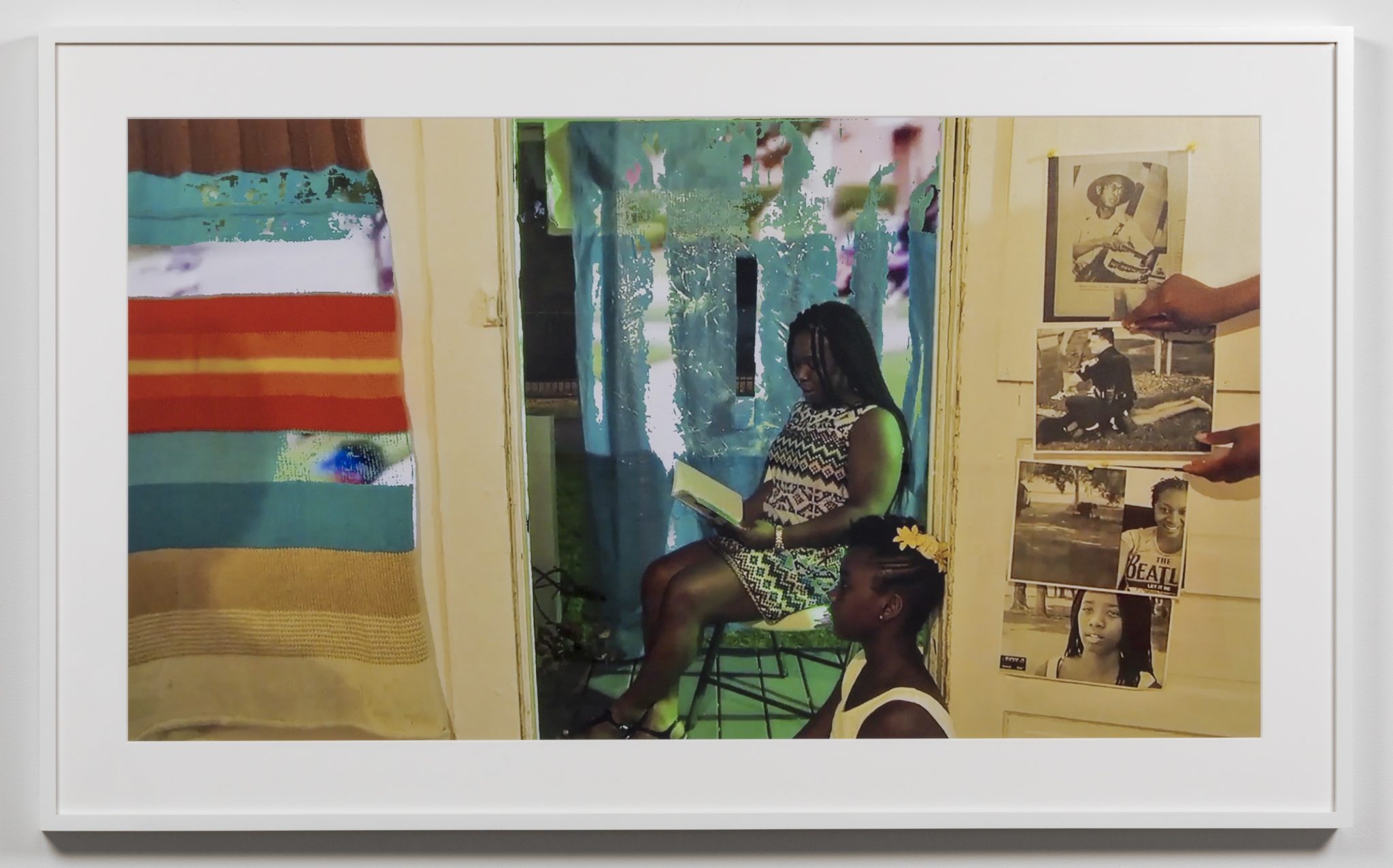 In a recent body of work, Tomashi Jackson compared her research into the court transcripts of the five cases of Brown vs. the Board of Education with the color problem exercises of Josef Albers’ Interaction of Color (1963). She discovered similar terms used to describe color interactions in both instances. One similarity was that Thurgood Marshall, lead attorney on the Brown case, and Albers both concluded that perception of color is relative. In the overlap in these political and aesthetic realms, Jackson created video collages, paintings, works on paper, and photographs. Vibrating Boundaries the Law of the Land is taken from the video collage Vibrating Boundaries (Law of the Land)(Self Portrait as Tatyana, Dajerria, & Sandra) which uses expressive, abstract color elements interspersed with images of the artist and her collaborators in the stress positions endured by Tatyana Rhodes, Dajerria Becton, and the late Sandra Bland. In this photographic work, images of some of these victims of profiling and police brutality are being pinned to a doorway in an act of remembering. Jackson received her MFA in Painting and Printmaking from Yale in 2016 and her MS in Art, Culture and Technology from MIT in 2012. Her work has been show in galleries and museums throughout the US. Earlier this year, Jackson’s work was featured in the Whitney Biennial.