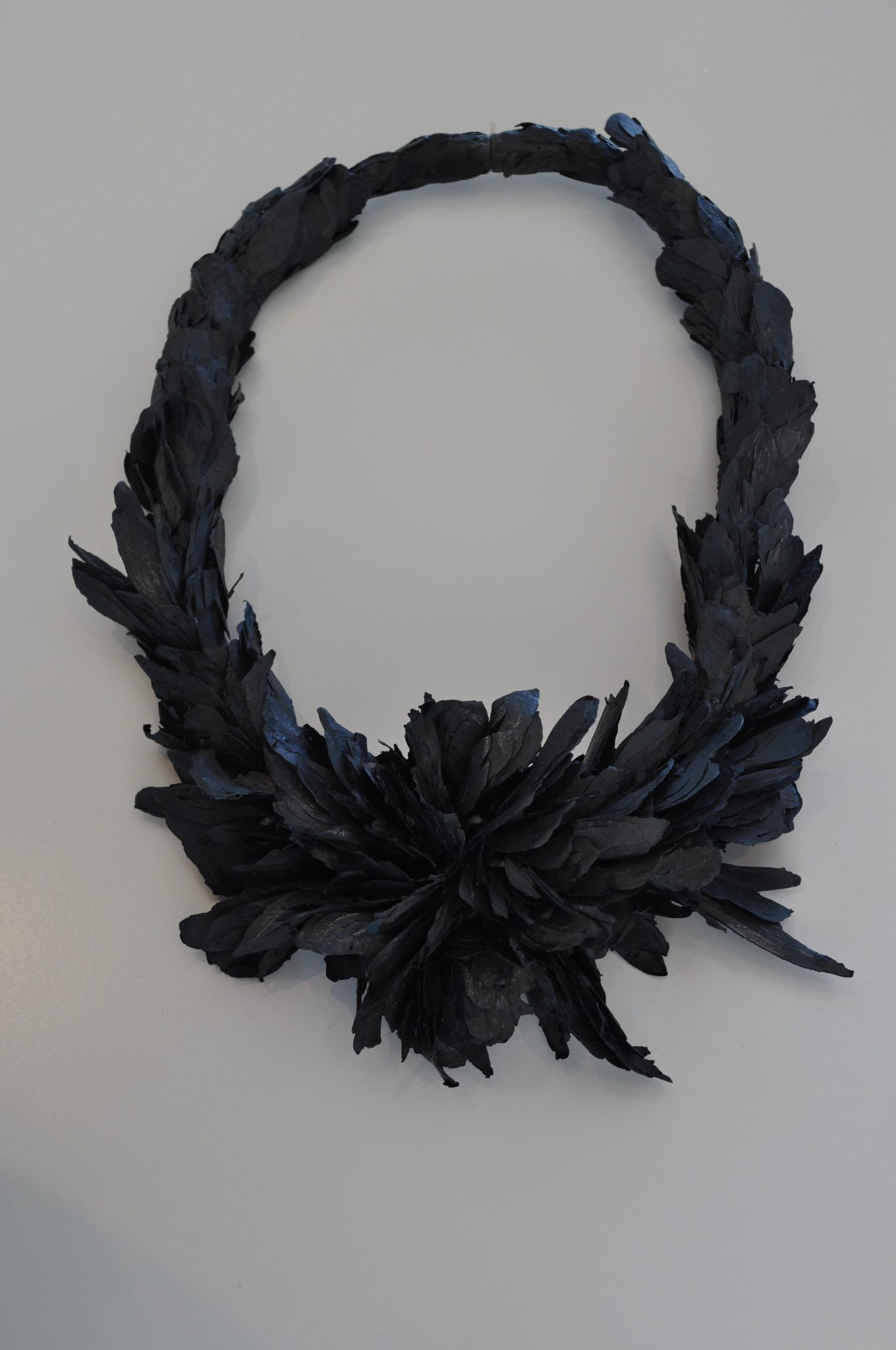 Israeli artist Attai Chen uses humble materials to construct his ethereal wearable objects. Layers of paper colored with paint and graphite are glued together in a way that mimics the processes of growth and accumulation in nature and yet remains subtly but unmistakeably constructed. The result is a beautiful and slightly unsettling neckpiece that shows how even the most everyday materials have unexpected dimensions. As Chen says, ‘The pieces grow from the actual active dialogue that develops while working. I bring ideas, fillings, references, and the material brings its unique characteristics.’ A graduate of Bezalel Academy of Art and Design in Jerusalem, Israel, Chen also holds a graduate degree from the Academy of Fine Arts in Munich, Germany. In 2010 he won the Herbert Hofmann Prize awarded each year at Schmuck in Munich, and the following year the Oberbayerischer Prize for Applied Art, also in Munich. He received the 2014 Andy Prize for Contemporary Art, which resulted in a solo exhibition at the Tel Aviv Museum of Art in Israel. His work is included in the collections of Die Neue Sammlung design museum in Munich, and the Metropolitan Museum of Art in New York City.