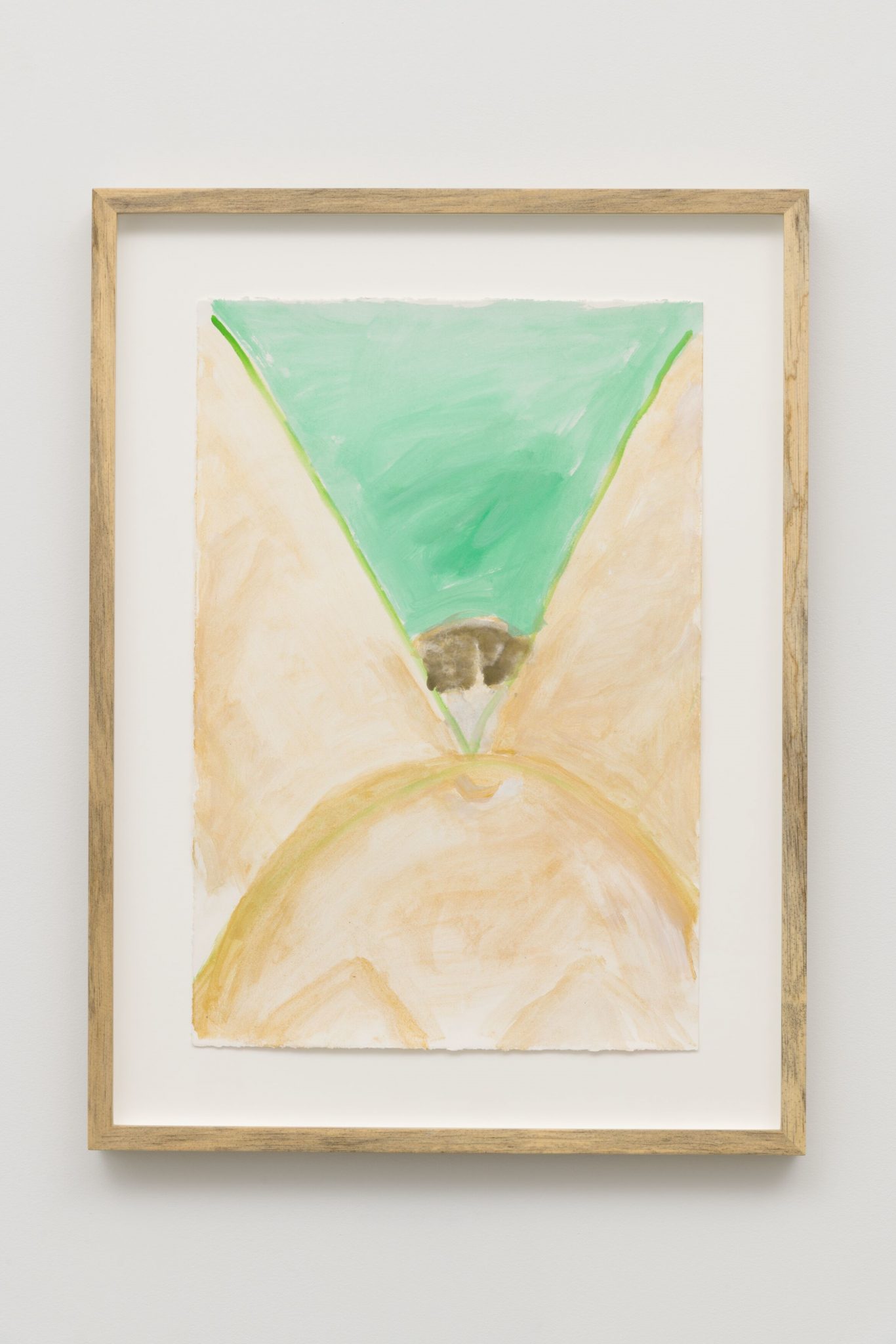 In a career that spans 70 years, Luchita Hurtado’s work has addressed notions of landscape, the body, the environment, and a sense of universality. Among the many fascinating moments in her career are her works from the late 1960s and early 1970s that feature the artist’s body viewed from her downward facing perspective. Inspired by the social and political changes of the times – namely the women’s movement – these works assert Hurtado’s awareness of her own body and show her gaze as the authoritative pair of eyes for depicting the self. Here, in a work from 2019, Hurtado uses the same strategy to depict a view of the body giving birth. Hurtado has had major solo exhibitions at the Serpentine Sackler Gallery, London; Annenberg Community Beach House, Santa Monica; and the Women’s Building, Los Angeles. Her work has been included in group shows since the 1950s, including at the Hammer Museum, Los Angeles; Santa Barbara Museum of Art; and Long Beach Museum of Art, among others.