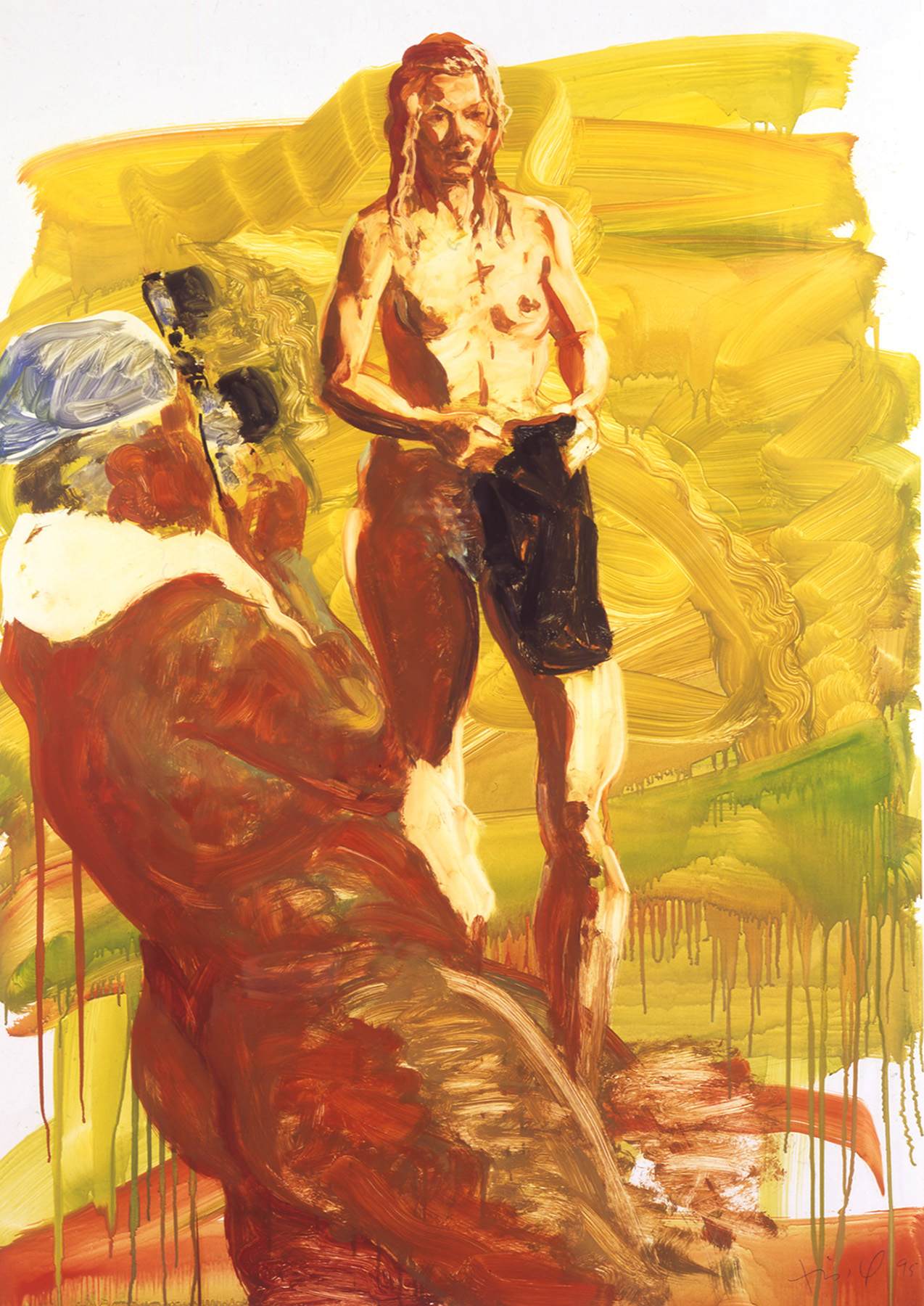 In the 1980s, Eric Fischl became known for seemingly common, yet imperfect, representations of the nude, which are revealed as rather radical, psychologically-loaded paintings addressing such subjects as adolescent yearning, domesticity, and the American suburban bourgeois. Later works feature the figure rendered in a more expressionistic style, seen here in this untitled work from 1995 where a male photographer points his camera at a nude woman. In fact, both figures are nude, adding an odd ambiguity to the dynamics of gender and power playing out in the scene. Fischl’s work is present in numerous collections, including the Dallas Museum of Art; the Guggenheim Museum, New York; the Hirshhorn Museum, Washington, DC; and the Metropolitan Museum of Art, New York, among others.