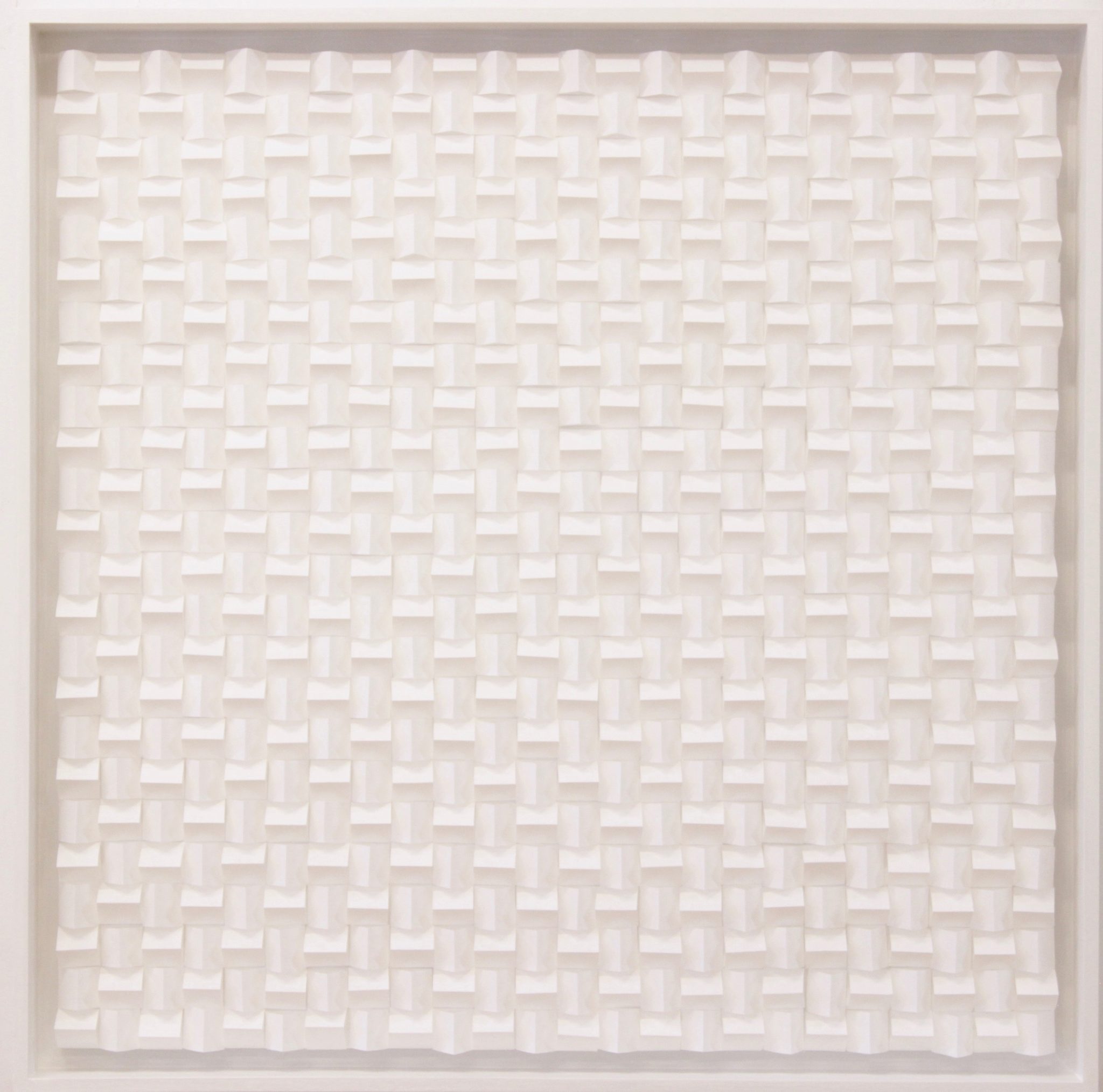 Japanese artist Rakuko Naito and husband Tadaaki Kuwayama moved to New York in 1958 and soon became part of an art scene that included Donald Judd, Frank Stella, and Dan Flavin during the formative years of the ideas that would be associated with Minimalism. Though trained in traditional nihonga painting, Naito quickly shifted her interest to abstract, perceptual works after arriving in New York. Through meticulous geometric paintings, she explored the limits of perception and purely optical effects in the same vein of contemporary Bridget Riley. Later works use wire or paper to explore similar ideas, seen here in a work of this year where a carefully calibrated arrangement of folded paper becomes a pulsing field of light and shadow. Naito’s work is in the collections of the Aldrich Museum, Connecticut; the Kemper Art Collection, Chicago; and the Museo de Arte Contemporaneo, Buenos Aires.