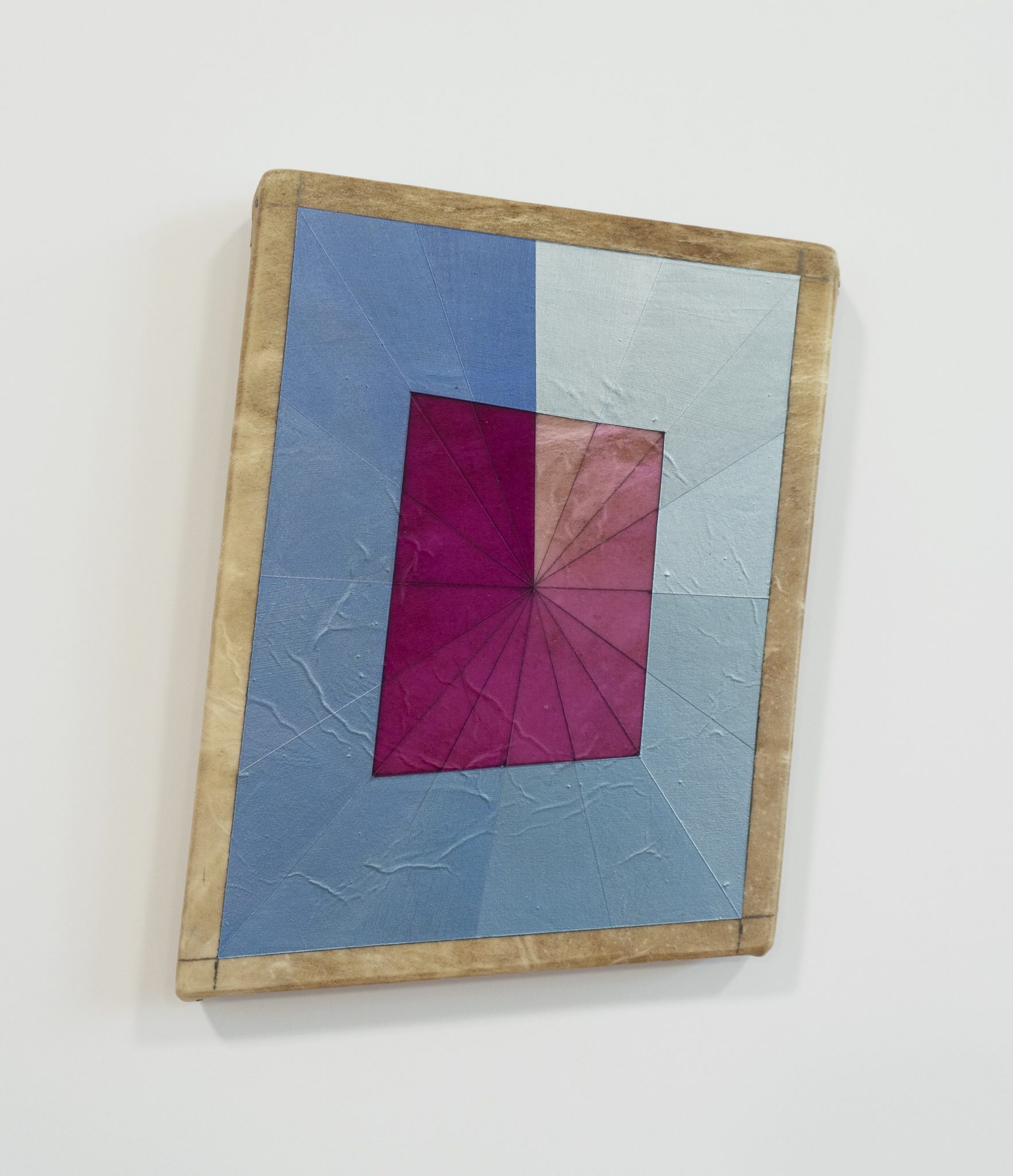 Throughout his artistic practice, Jeffrey Gibson has merged a number of seemingly disparate influences. Gibson often draws on his Choctaw and Cherokee heritage to explore issues of race, religion, gender, and the relationship between traditional Native American history and contemporary American art and popular culture. In his Rawhide Paintings, he covers found objects and wood panels with animal hides and then paints Modernist geometric compositions on them. These works speak not only to a complex dialogue between the two cultures, but also to Gibson’s identity as a contemporary artist reckoning with the various facets of his life. Gibson is represented in the permanent collection of the MFA, Boston; the National Museum of The American Indian, Smithsonian Institution, Washington, DC; the National Gallery of Canada, Ottawa; the Nasher Museum, North Carolina; and Crystal Bridges Museum of American Art, Bentonville, among others. Earlier this year, his work was on view at the Blanton Museum of Art in Jeffrey Gibson: This Is the Day.