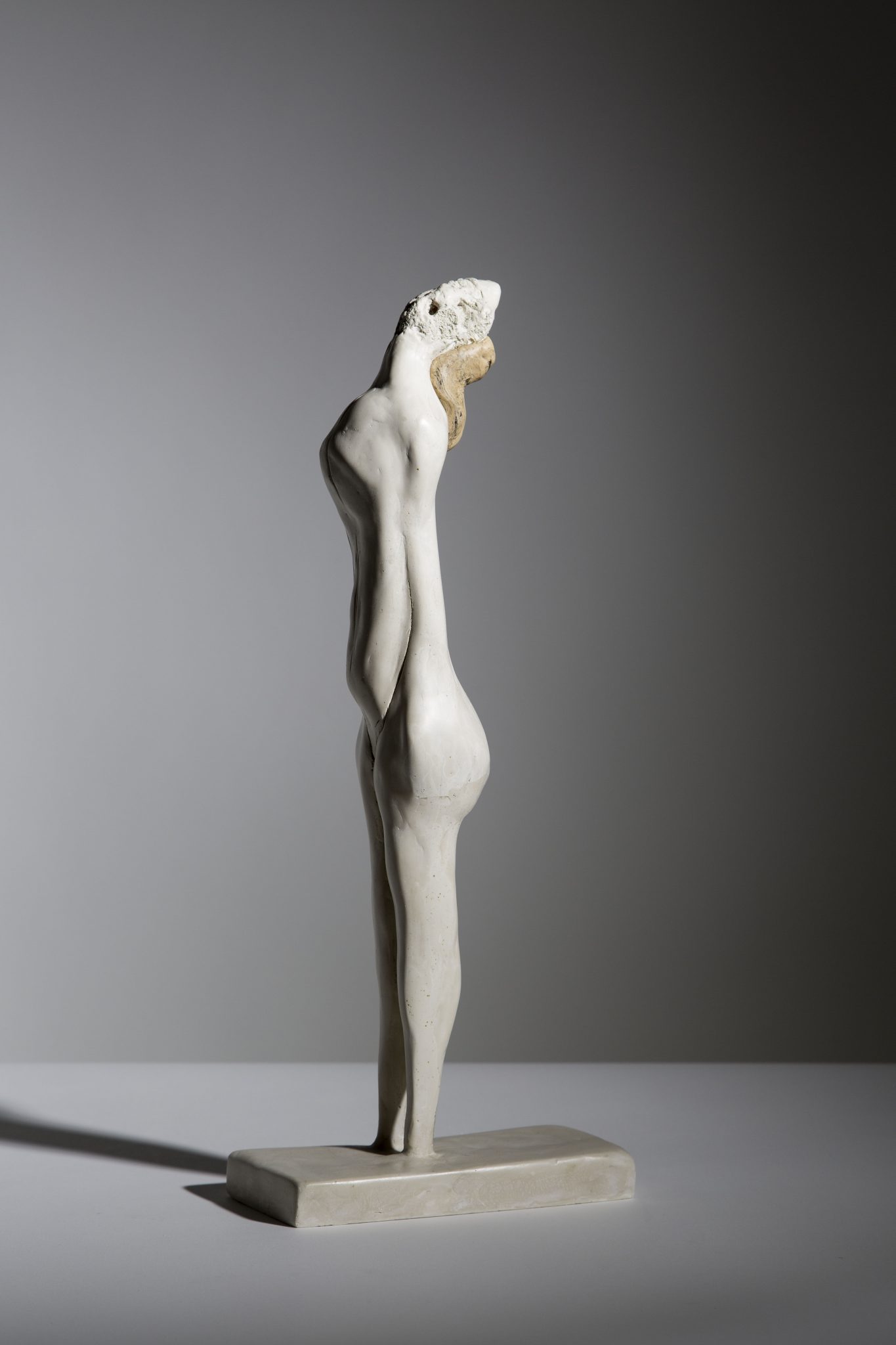 Sculpture may be presented with or without artist plinth

Enrico David’s work often possesses a poetic anthropomorphism. Figures – or elusively figurative forms – appear simplified, hybridized, and hinted at in his 2D and 3D works. Some of David’s recent sculptures are sculpted in clay and then cast in jesmonite (a combination of gypsum powder and resin that can be painted or stained), and appear as if they were created by some ancient culture. Here, a stylized, elongated figure stands facing the sky, its head a coarse mass atop its body. David said he wants the sculpture from this body of work to be “ridden with incompleteness,” and the unformed head suggests an evocative state of transformation or potential state of being. For nearly two decades, David has exhibited his work in the US and Europe. In 2013, David presented a major installation of paintings and sculptures in The Encyclopedic Palace, curated by Massimiliano Gioni for the Venice Biennale. David’s solo museum exhibitions have been held at UCLA Hammer Museum, Los Angeles; the New Museum, New York; Museum für Gegenwartskunst, Basel; Seattle Art Museum; and ICA London, among others. Enrico David’s first US museum survey, Gradations of Slow Release, opened last fall at Museum of Contemporary Art, Chicago and traveled to the Hirshhorn Museum and Sculpture Garden, Washington DC. Enrico David is currently representing Italy in the 58th International Art Exhibition at the Venice Biennale, which remains on view through 24 November 2019.