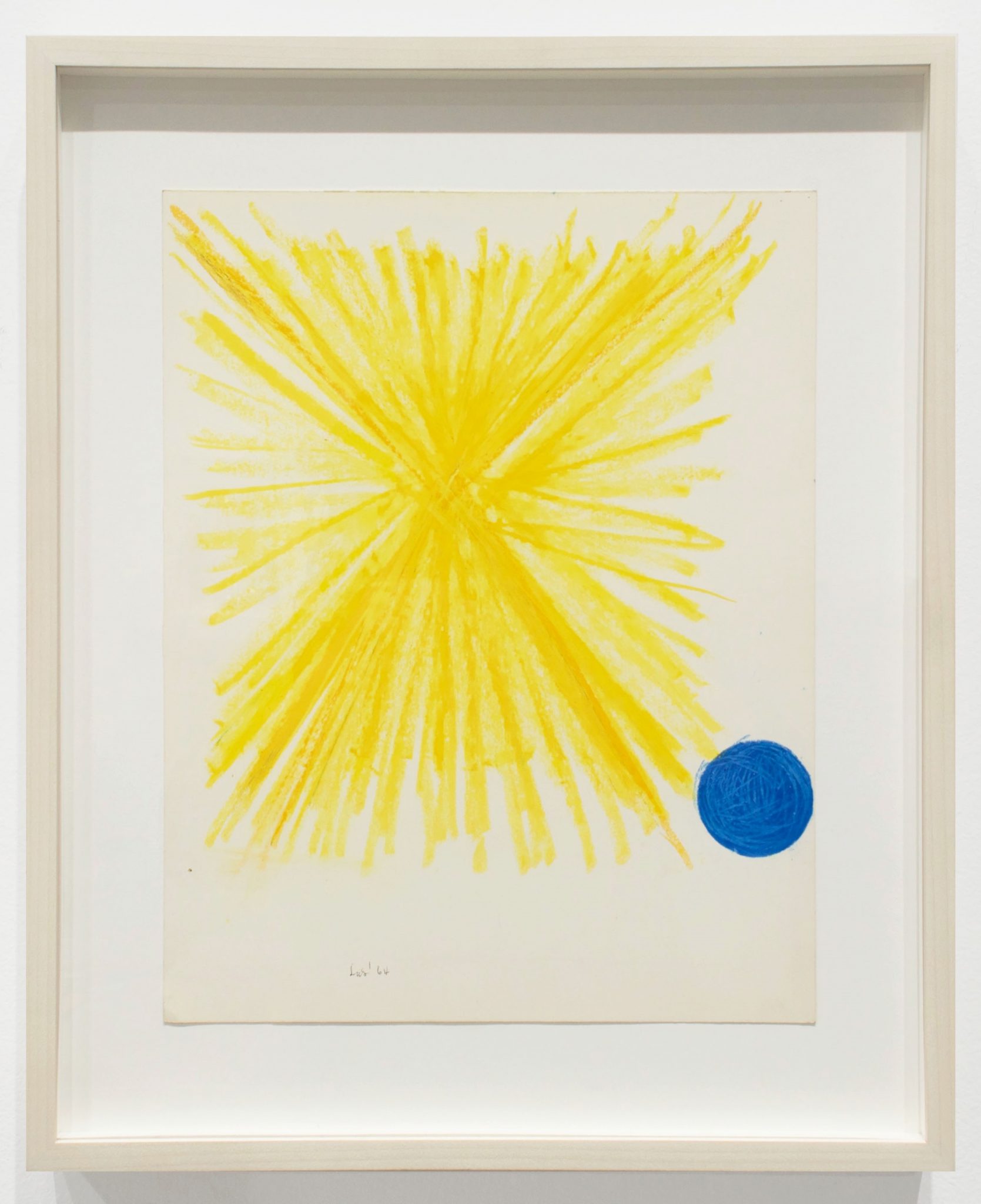 As a driven artist and dedicated educator who split her time between Denton and Provincetown, Dorothy Antoinette (Toni) LaSelle’s influence was felt in a number of areas. In 1928, she began teaching at Texas State College for Women (now Texas Women’s University), in Denton, Texas, where she taught for 44 years. Her time in Provincetown allowed her the opportunity to study under Hans Hoffman and spend time with artists such as Myron Stout (a friend from Denton), Robert Motherwell, and others. LaSelle’s time studying under Hoffman, as well as László Moholy-Nagy and Gyorgy Kepes clearly influenced her use of geometry to activate and define pictorial space, seen here in this drawing from 1964, which depicts a radiating mass of line anchored by a solid blue orb. In 1959, the Fort Worth Art Center (now the Modern Art Museum of Fort Worth) mounted a large retrospective of LaSelle’s work, and Hans Hofmann provided the foreword to the catalogue. In her lifetime, two museums acquired Ms. LaSelle’s work: the Dallas Museum of Art and the Museum of Fine Arts, Houston. Since her passing in 2002 at the age of 100, her work has been acquired by the San Antonio Museum of Art, the Dallas Museum of Art, the Modern Art Museum of Fort Worth, the Museum of Fine Arts, Houston, and the Menil Collection.