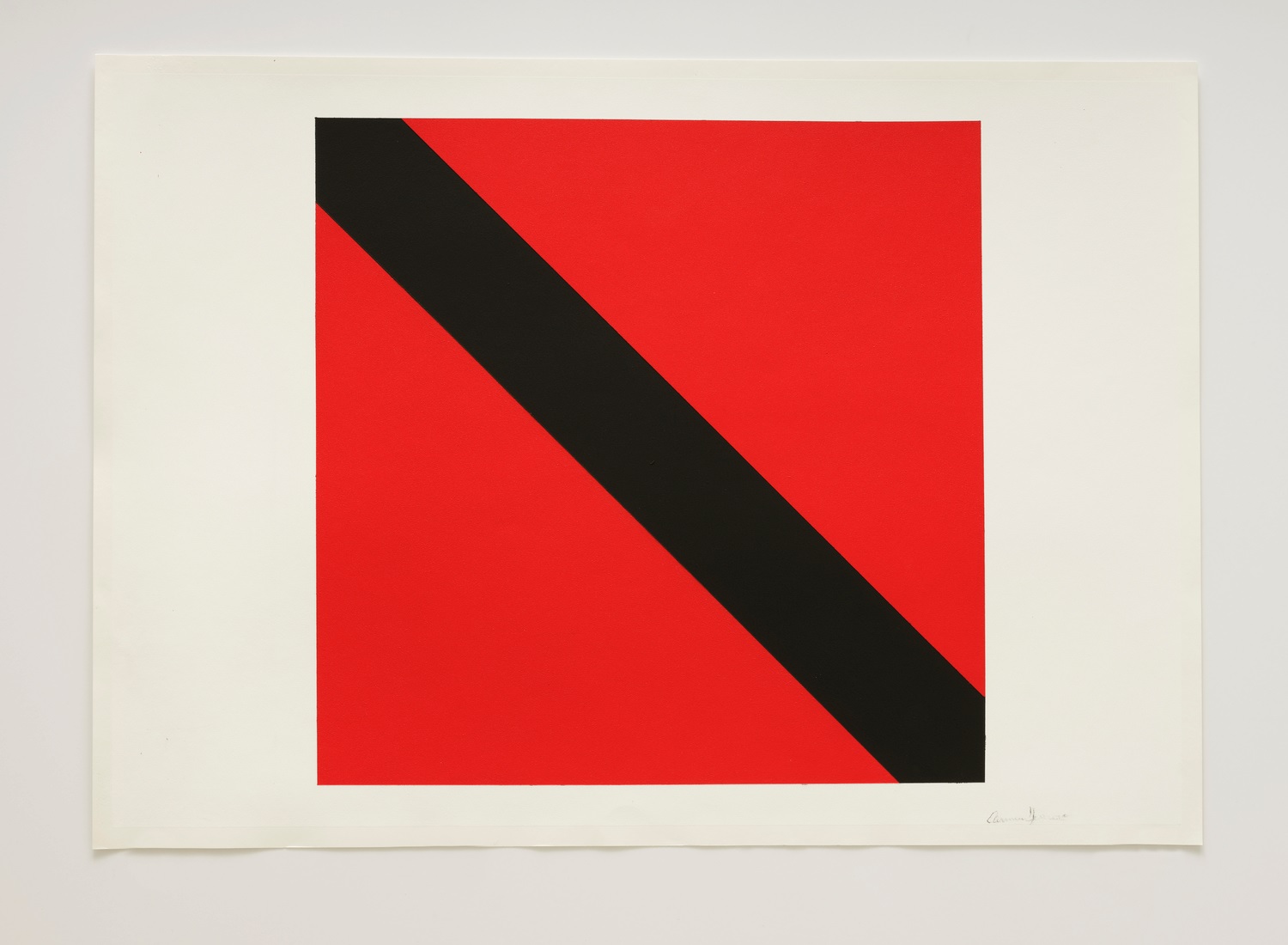 Core to Carmen Herrera’s painting is a drive for formal simplicity and a striking sense of colour: “My quest”, she says, “is for the simplest of pictorial resolutions” (2012). A master of crisp lines and contrasting chromatic planes, Herrera creates symmetry, asymmetry and an infinite variety of movement, rhythm and spatial tension across the canvas with the most unobtrusive application of paint. As she moved towards pure, geometric abstraction in the post-war years in Paris, she exhibited alongside Theo van Doesburg, Max Bill and Piet Mondrian and a younger generation of Latin American artists, such as members of the Venezuelan Los Disidentes, Brazilian Concretists and the Argentinian Grupo Madi. Her work also chimes with her peers from the U.S. school such as Barnett Newman and Leon Polk Smith. Reflecting on this period, she says, “I began a lifelong process of purification, a process of taking away what isn’t essential” (2005). While allied with Latin American non-representational concrete painting, Herrera’s body of work has established, quietly but steadily, a cross-cultural dialogue within the international history of modernist abstraction.

Carmen Herrera was born in Havana, Cuba in 1915. She moved frequently between France and Cuba throughout the 1930s and 1940s; having started studying architecture at the Universidad de La Habana, Havana, Cuba (1938–39), she trained at the Art Students League, New York, NY, USA (1942–43), before exhibiting five times at the Salon des Réalités Nouvelles, Musée d’Art Moderne de la Ville de Paris, France (1949–53). She settled in New York in 1954, where she continues to live and work. Herrera’s work was the subject of a large-scale survey at the Whitney Museum of American Art in New York (2017), which traveled to the Wexner Center for the Arts in Columbus, Ohio (2017) and Kunstsammlung Nordrhein-Westfalen (K20) in Düsseldorf, Germany (2017–2018). Her work is in numerous public and private collections including the Museum of Modern Art, New York; the Whitney Museum of American Art, New York; the Tate Collection, London; the Hirshhorn Museum, Washington DC; The Smithsonian American Art Museum, Washington DC; the Walker Art Center, Minneapolis; the Institute of Fine Arts Boston; Crystal Bridges Museum of Art, Bentonville; and El Museo del Barrio, New York.