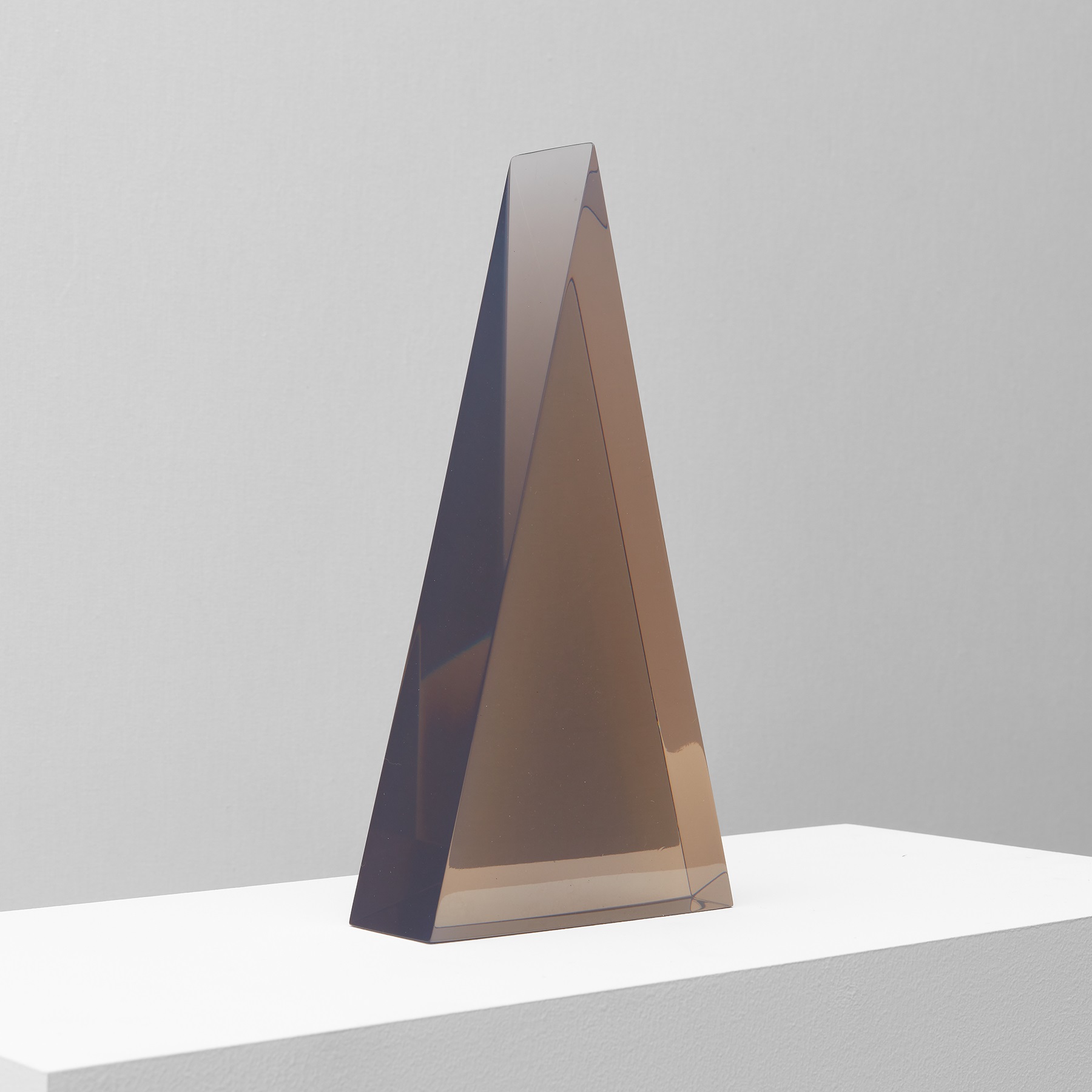 …the sky is transparent and I want to keep the sculptures transparent because that’s what they’re about, the sky and the sea. – De Wain Valentine

De Wain Valentine was born in Colorado in 1936 and moved to LA in 1965 to teach a course in plastics technology at UCLA. Associated with the Light and Space movement of the 1960s, Valentine’s signature materials are glass, fiberglass, and resin. Like many artists of his generation, Valentine sought to make sculptures that interacted with their surroundings, absorbing and reflecting light to create purely optical experiences for the viewer. Triangle Gray exhibits the essential Valentine trait of semi-translucent color used to create a minimal form that transforms as one moves around it. Valentine’s work has been shown in museums around the world since the late 1950s (including a 1959 exhibition at Dallas Museum of Fine Art) and is in numerous public collections, among them LACMA, Los Angeles; the Whitney Museum, New York; and LA MoCA, Los Angeles.