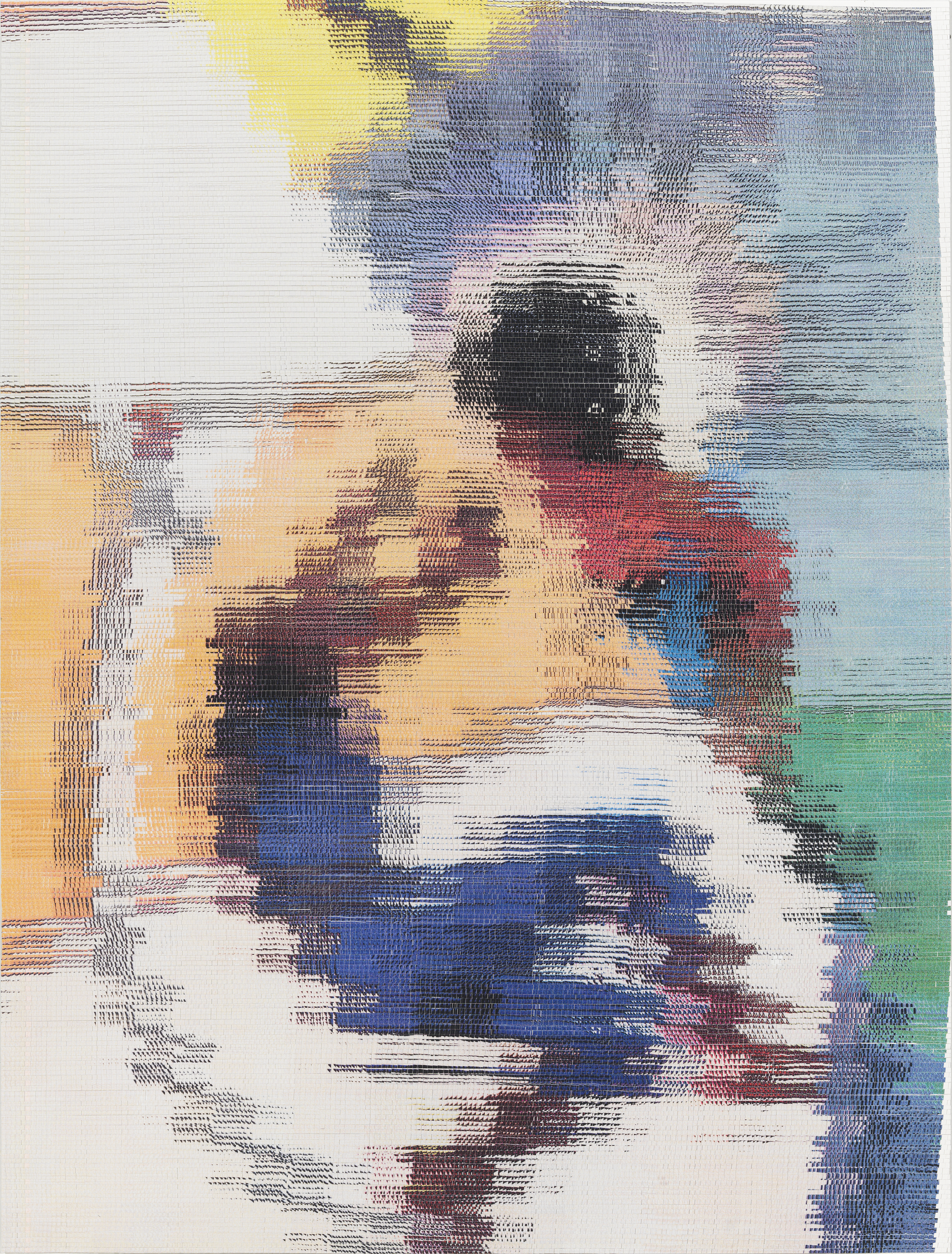 …I am interested in seeing an image vibrate, dissolve, fly apart while gaining density and resonance as a constructed object. – John Sparagana

For over 30 years American-born John Sparagana has been manipulating, reconfiguring, and translating images from news media and other print sources into newly charged images. Sparagana’s many-stepped process for the work seen here is making a collage out of a sourced image, which is then further altered by cutting the image into eighth-inch strips. This process is repeated depending on the degree of distortion Sparagana is seeking. The result is a vibrating, frenetic image, both controlled and harried, that holds onto various elements belonging to the original. Sparagana has presented solo exhibitions of his work in New York, San Francisco, Chicago, and Houston as well as internationally. He has been the recipient of numerous awards and fellowships, among them the National Endowment for the Arts, the Cultural Arts Council of Houston, and Cité International Des Arts, Paris.