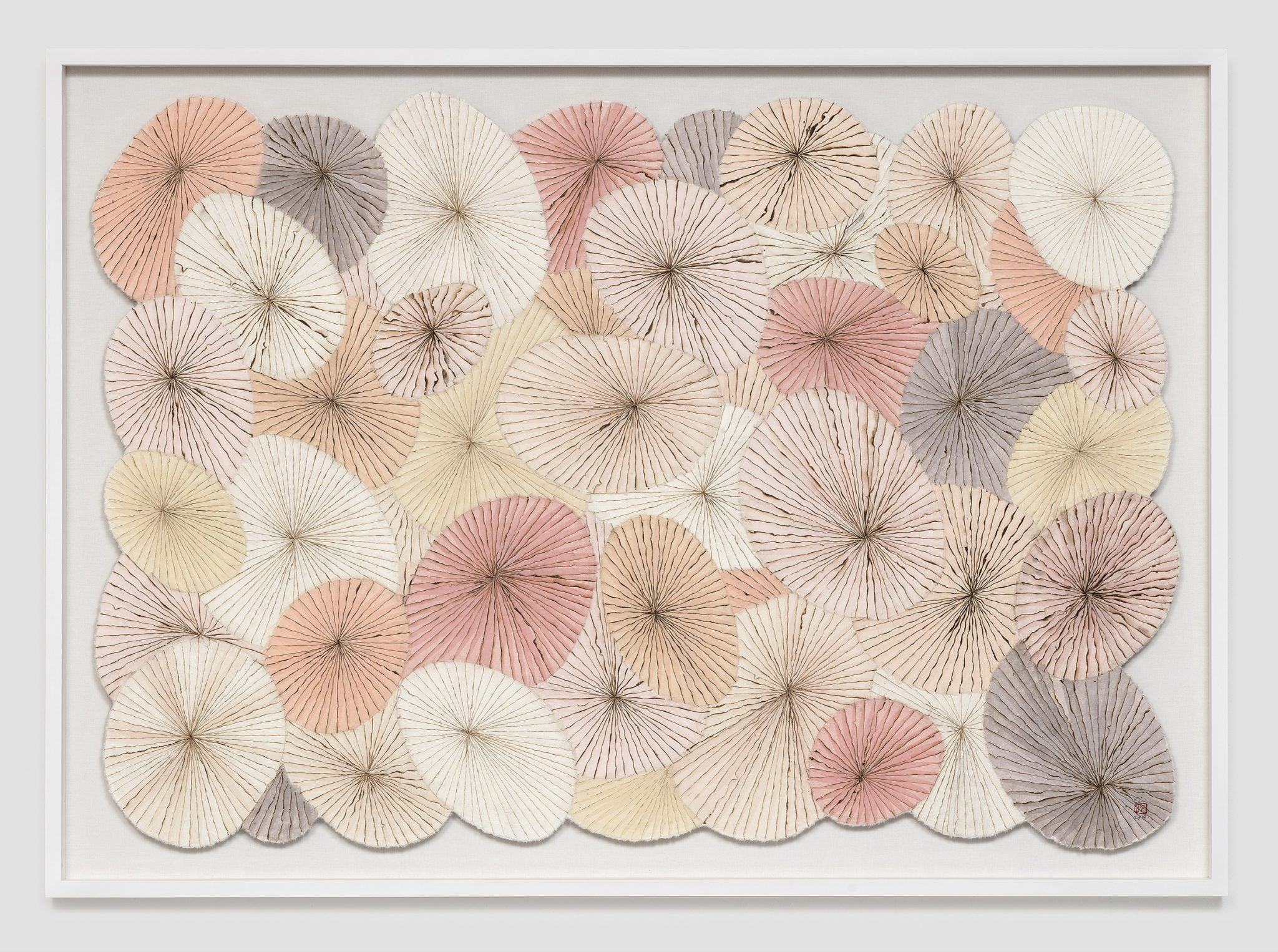 Minjung Kim was born in Korea, lives in Europe and has allowed elements from both cultures to bleed into the processes and aesthetic of her work. Kim often paints, draws on, and collages Hanji, a resilient Mulberry-derived paper native to the mountainsides of Korea. In addition to using materials specific to Korea, Kim imbues Daoist and Buddhist philosophies in the conceptual part of her practice. Kim’s Western influences span from her interest in the broad ranging European Renaissance period, all the way to specific Modernists such as Franz Kline and Paul Klee. Kline and Klee happened to be influenced by Eastern calligraphy, meaning some of their work appealed to Kim as both foreign and familiar. Noticeable in Kim’s The Street is repetitive circular paper shapes that overlap similar shapes of a different value and hue. Each oval-shaped form has drawn lines emanating from and back to the center. A natural order resides in the structure of the work – a repetitive calm emanating from the detailed, organic shapes. Her work has been the subject of solo exhibitions at prominent institutions and museums worldwide including: Macro (Museo Arte Contemporanea di Roma), Rome; OCI Museum of Art, Seoul; and Hermès Foundation, Singapore.