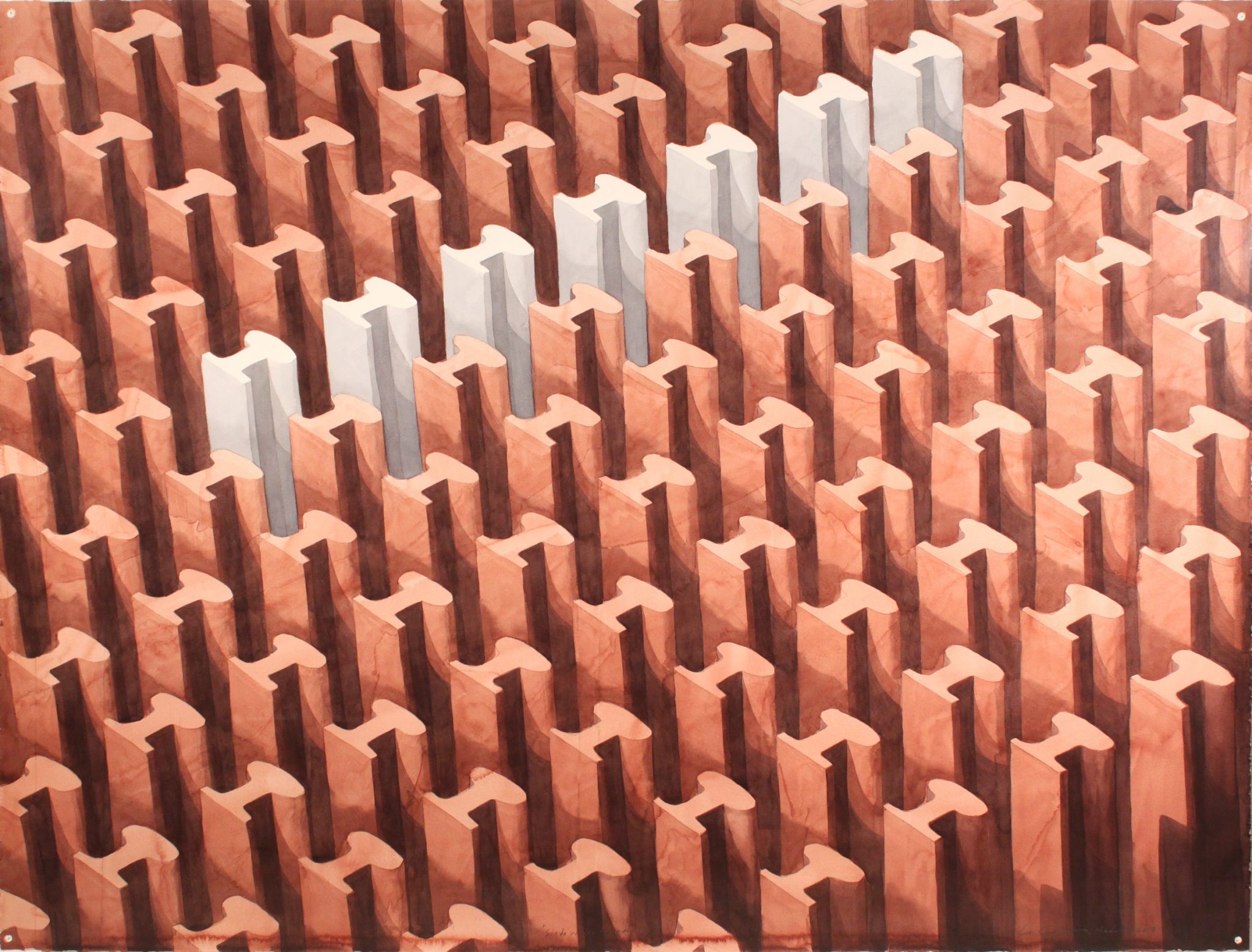 Los Carpinteros (“The Carpenters”) is a Havana-based collective formed in 1991 consisting of Marco Castillo, Dagoberto Rodriguez, and, until his departure in June 2003, Alexandre Arrechea. In 1994, they adopted their group name as a way to eschew notions of individual authorship and recall historical traditions of artisans and skilled laborers. Elements from the realms of architecture, design, and sculpture collide in amusing ways to disconnect objects from their practical framework and further question their role in society. In Siete Rieles Blancos (Seven White Rails), a field of train tracks stand upright, rather than laying horizontal, in an ominous grid that is interrupted by a group of white rails that disrupts the patterning of the industrial shapes. Los Carpinteros’ work is featured in a number of major public collections including the LACMA, Los Angeles; MoMA, New York; the Guggenheim, New York; and the Museo Reina Sofía, Madrid, among others.