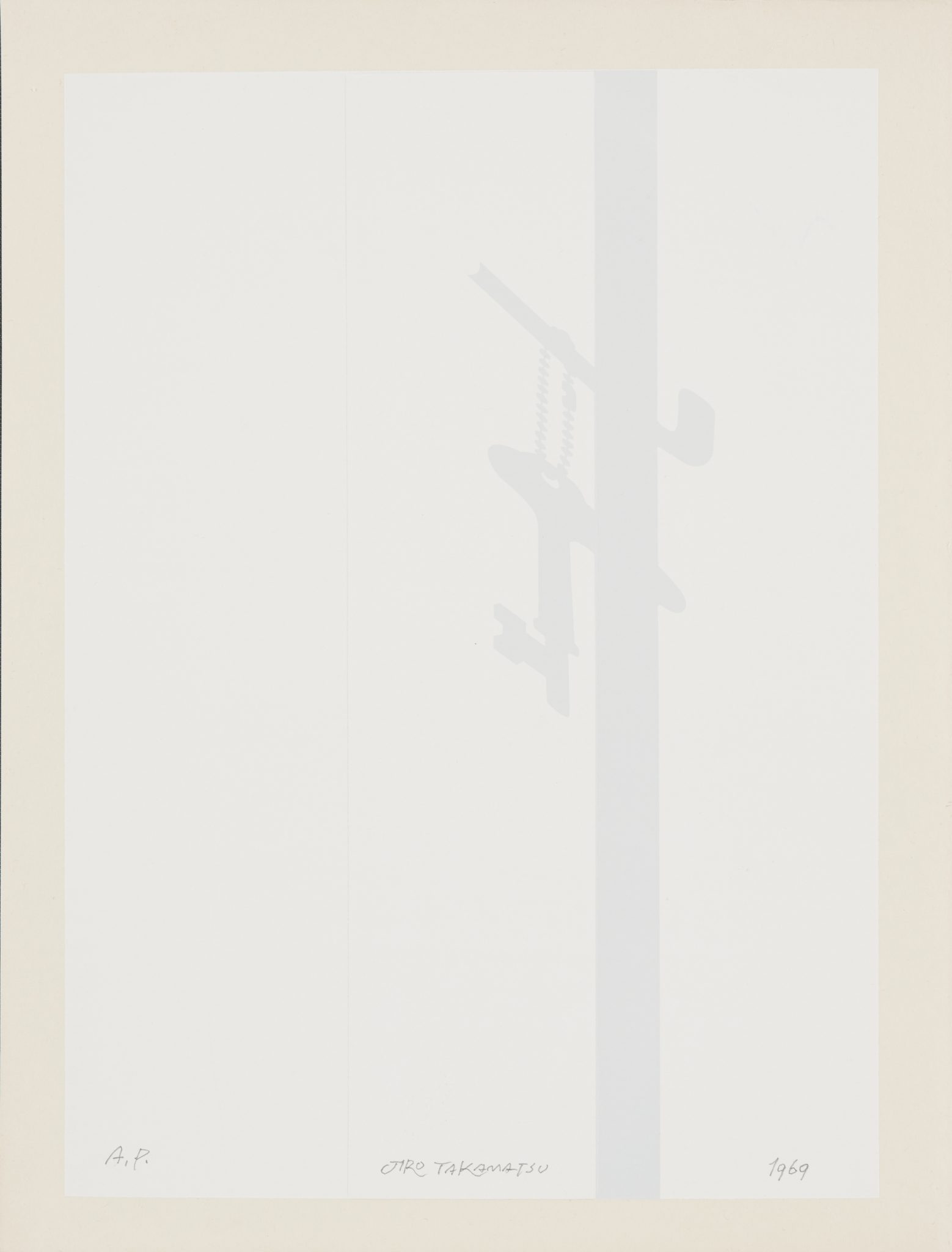 One of the most important artists working in Japan in the 1960s, 70s, and beyond, Jiro Takamatsu pursued a number of disciplines, among them sculpture, photography, painting, and drawing. In 1963, Takamatsu formed the Hi Red Center collective with two other artists, and later he was a key figure in the Mono-ha (“School of Things”) group. Over the years, Takamatsu’s work has incorporated elements of Dada, Surrealism, Minimalism, Conceptual Art, and performance, and he moved freely between formal and conceptual artistic investigations. A constant throughout much of his career was Takamatsu’s exploration of presence and absence, seen in his Shadow Paintings (1964-1998). Shadow of the Key depicts a strategy often used by Takamatsu: a shadow depicting an object hanging from the actual artwork (as opposed to a shadow cast from an object nearby), in this case a hook sticking out of the paper with a key hanging on it. By referencing the physicality of the support (canvas or paper), Takamatsu calls attention to the objectness of the 2D surface, the fleeting nature of light, and the passage of time. Takamatsu represented Japan at the 1968 Venice Biennale where he won the Carlo Cardazzo Prize. Numerous retrospectives of his work include those at the National Museum of Modern Art, Osaka (1999); the Chiba City Museum of Art (2000); and the Henry Moore Institute, Leeds (2017).