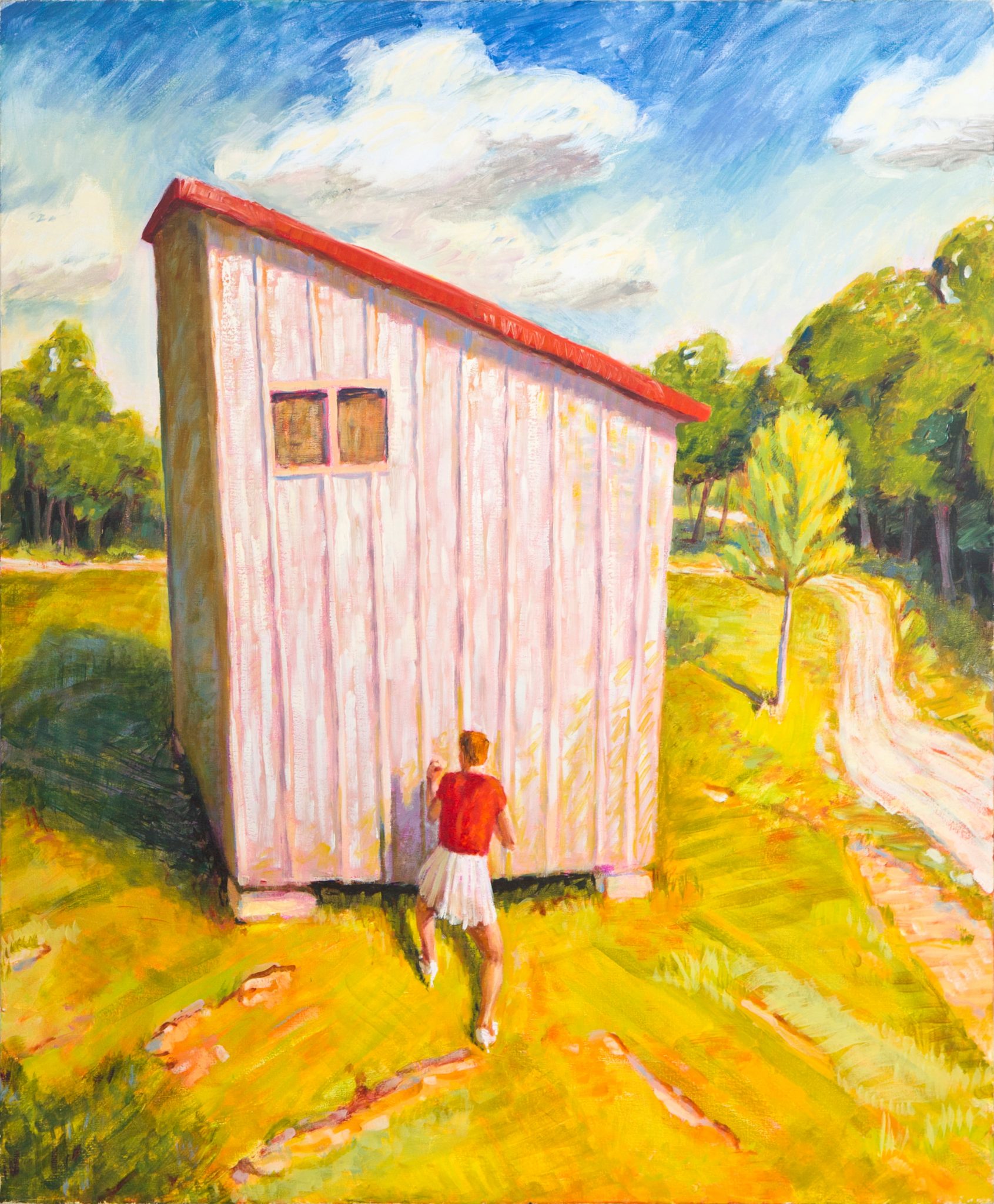 I think I’m in the tradition of a certain kind of American artist – artists whose work embodies a certain gorgeous bleakness. Edward Hopper, Jackson Pollock, Franz Kline – they all had this austere beauty to them. They found beauty in the most brutal forms. I think that’s what characterizes America, the atmosphere, its culture, its cities and landscape. They all have that soft glow of brutality. – Hugh Steers

American painter Hugh Steers made work that stands up today due to its honest reflection of the AIDS crisis. Steers’ paintings are allegorical visions of intimate moments in familiar domestic environments. Painting moments based on his life experiences and the experiences of those close to him, much of his work holds a particular warmth that emanates either in the face of looming tragedy or life’s upward swings of hope. Shadow Box is one such illustrative image that Steers has imbued with hopeful determination. Shadow Box shows a young person shadow boxing in high heels, placed in the center of a rural landscape. The viewer looks on from an exaggerated aerial vantage point, witnessing this developing young character grapple with their own adolescence and burgeoning identity. Steers’ paintings are in the collections of the Whitney Museum, New York; the Denver Art Museum; and the Walker Art Center, Minneapolis, among others.