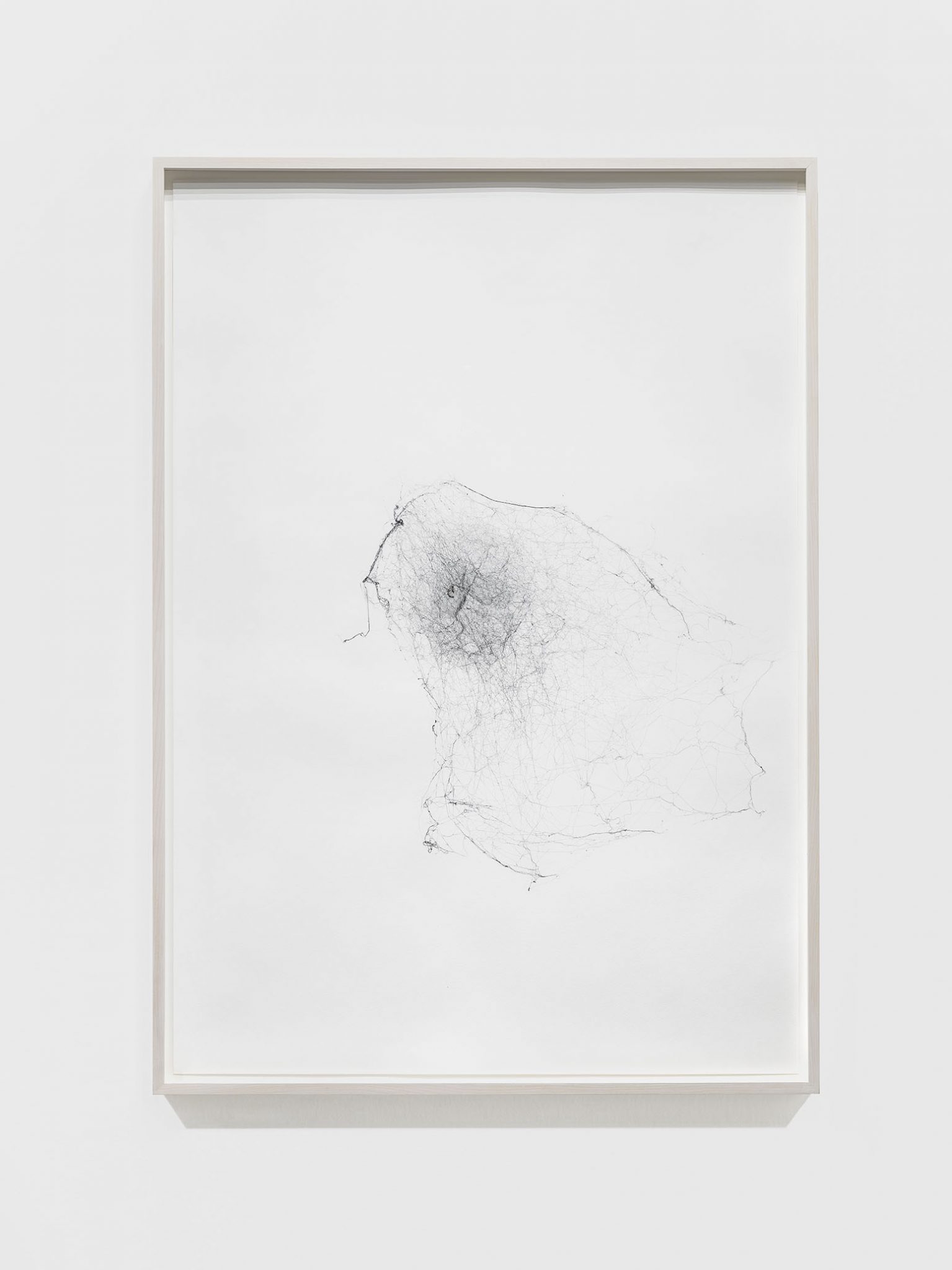 These complex spider webs help us understand that we are part of this cosmic web. – Tomás Saraceno

Tomás Saraceno’s multidisciplinary practice overlaps the fields of biology, ecology, technology, art, and arachnology. His work seeks out the universal principles and natural forces that bind all life together on the planet, ideas that may function as both literal events and symbolic images. For years Saraceno has been intrigued by the behaviors of spiders as they make their webs, looking at the process as a way to think about connectivity, home building, and ways humans might learn to live in the future as climate change shifts our living habits. In recent works, Saraceno looks to the roughly two dozen (out of 40,000) species of spiders that are social and without hierarchy, meaning they do not destroy existing webs when building their own, but build on top of them. Saraceno co-created a sculpture with a number of these spiders, placing them in a container where they could create a joined hybrid web. This framed work on paper documents one of these social spiders (Cyrtophora citricola), the shape of their web, and how much time it took to build it as evidence of a new way of thinking about connectivity and the hierarchy of species interaction. Saraceno’s work has been shown in solo exhibitions at institutions such as Palais de Tokyo, Paris; Museum of Art, Architecture and Technology, Lisbon; Museum Haus Konstruktiv, Zürich; and SFMoMA, San Francisco, among many others. His work is represented in the collections of the MoMA, New York; Miami Art Museum; Museum für Moderne Kunst, Frankfurt; and the Walker Art Center, Minneapolis, among others.