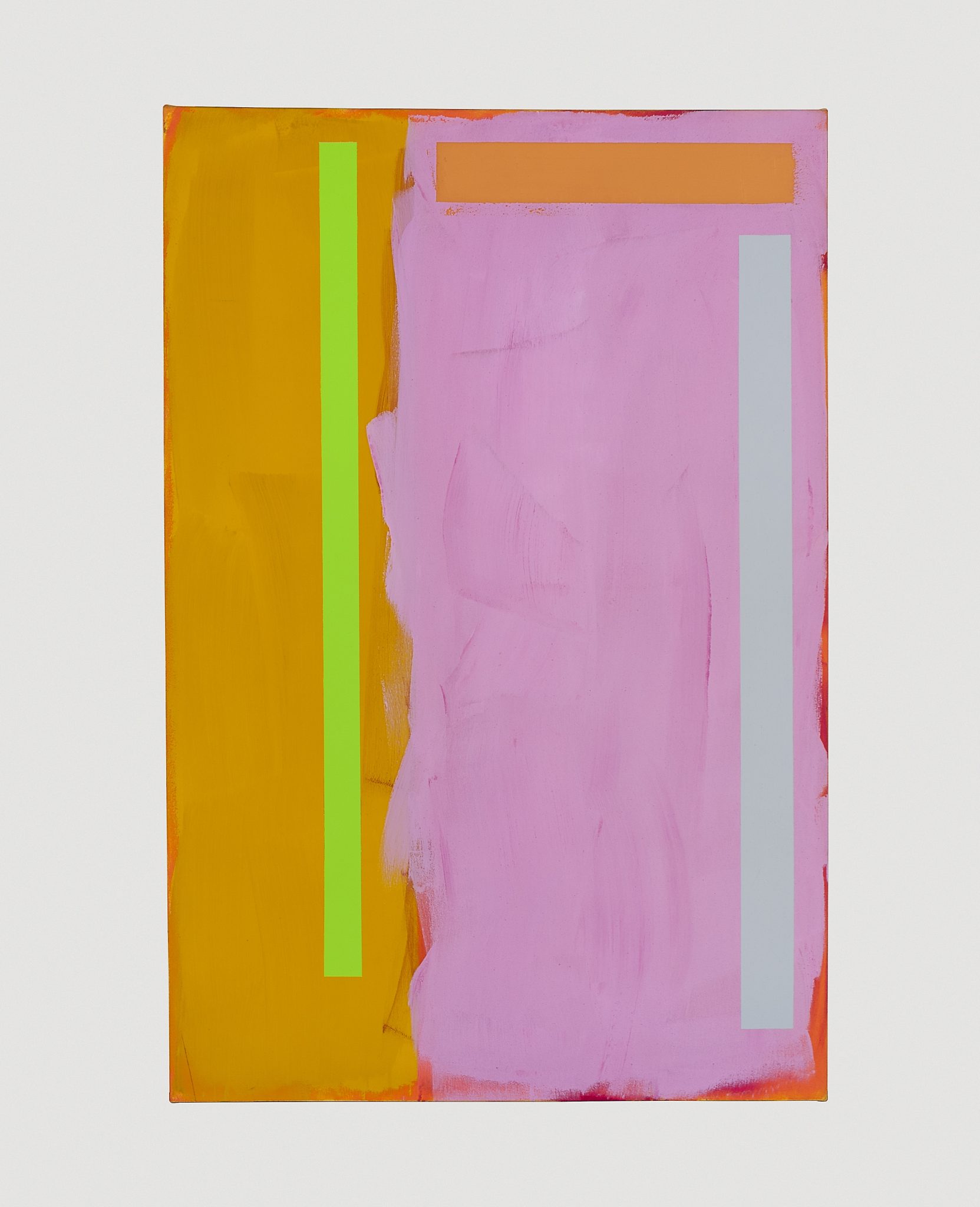 The early years of Doug Ohlson’s career illustrate the art movements and styles popular in New York during the 1950s and 1960s. Ohlson moved from gestural black and white canvases reminiscent of Franz Kline, to stark contrasting works similar to Ellsworth Kelly, to stained canvases that show Mark Rothko’s influence. His Geometric Variation works (1984-1993) feature rectangles of color floating above hazy fields. True to Ohlson’s skill with color and space, these works produce an infinite range of shockingly beautiful effects. Ohlson said he liked “to throw in a little wrench” while painting, and one can imagine the wrench in Open Window is the vertical green bar that activates all the color relationships with the most wonderful optic punch. Ohlson studied under Tony Smith at Hunter College, where he would later teach for 35 years. In 2002 a retrospective of 20 years of his painting was installed at the Hunter College/Times Square Gallery. His work was included in the Art of the Real, the Museum of Modern Art’s groundbreaking 1968 survey of Minimalism and Color Field Painting. Ohlson’s paintings are in numerous institutions, including Brooklyn Museum, New York; Dallas Museum of Art; the Metropolitan Museum, New York; National Gallery of Art, Washington DC; Albright-Knox Gallery, Buffalo; and the Whitney Museum, New York.