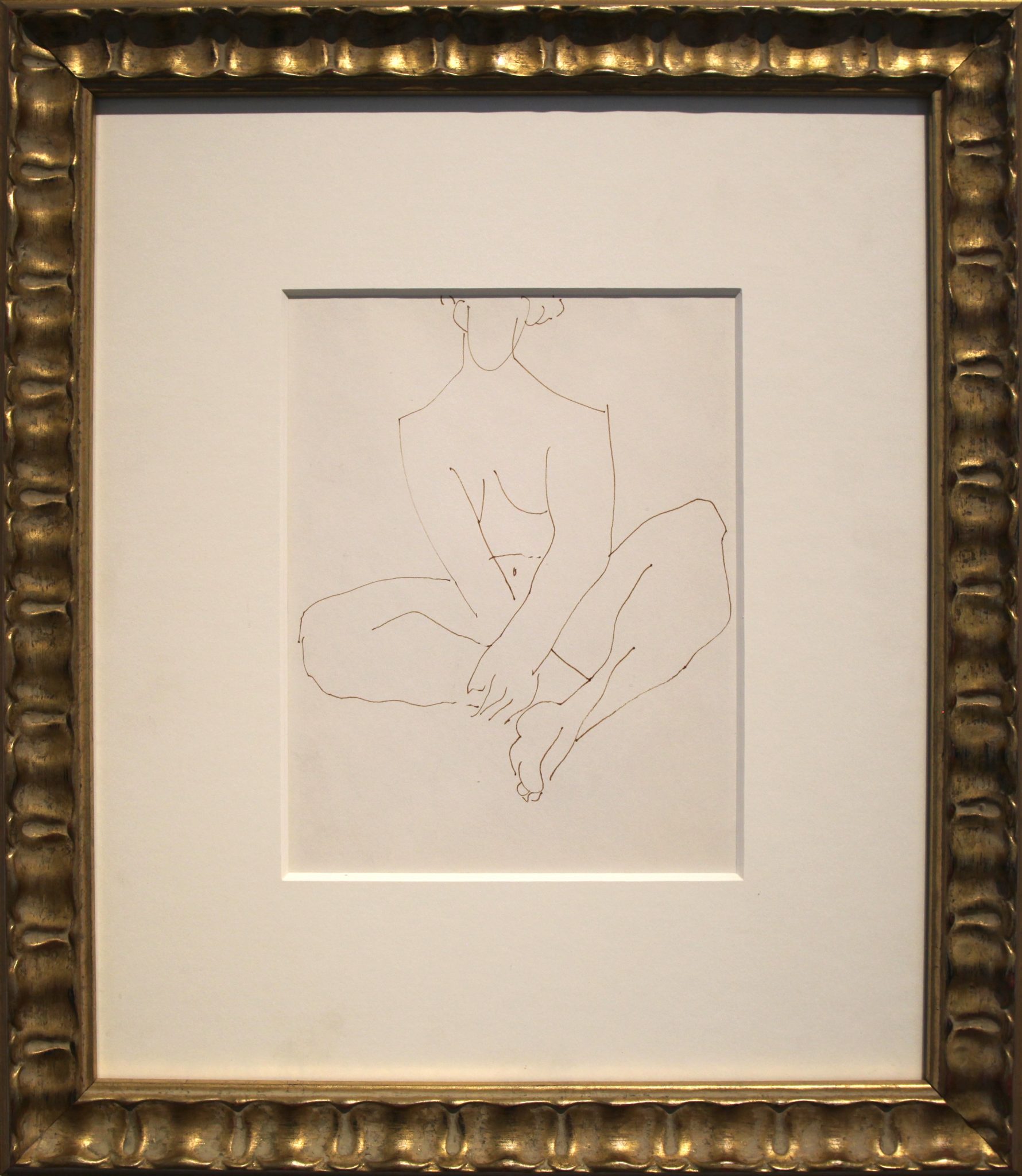 Fritz Scholder was born in 1937 in Breckenridge, Minnesota, and was one-quarter Luiseño, a California Mission tribe, though he did not grow up surrounded by American Indian customs and often called himself “a non-Indian Indian.” In his lifetime, he became quite well-known for unromantic, frank depictions of Native American Indians, though his work encompassed a number of other subjects, seen here in Nude R where a cross-legged figure is depicted with just a few arcing lines. A testament to Scholder’s ability, the quiet pose of the woman is captured with an economy of artistic means. Solo exhibitions of Scholder’s work have been held at institutions in Japan, France, China, Germany, and Russia. In 2008, the Smithsonian Institution’s National Museum of the American Indian mounted an unprecedented dual-city career retrospective in both New York City and Washington, DC. His art is in the permanent collections of the National Gallery and the National Museum of American Art in Washington, and MoMA, New York, among others.