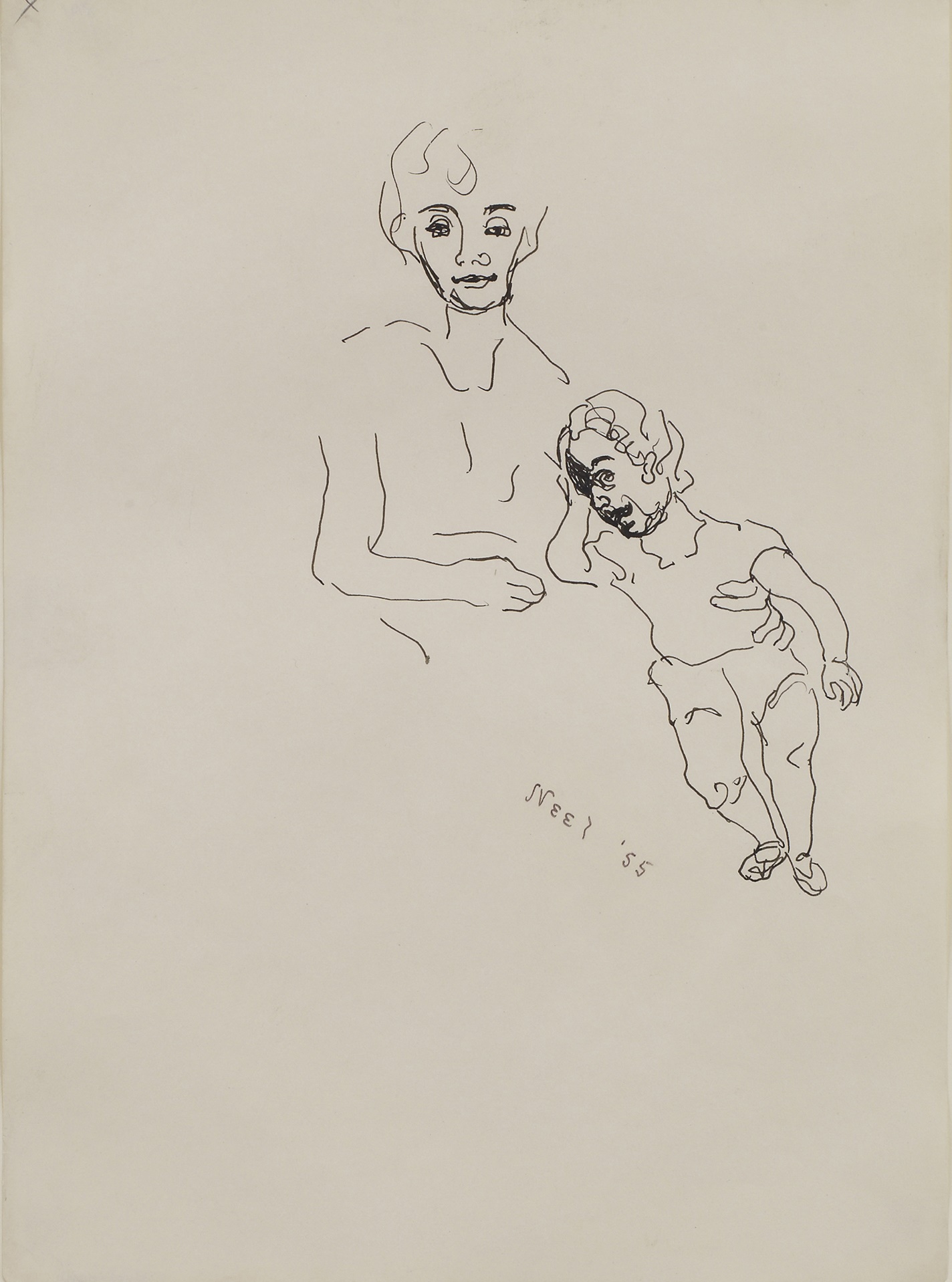 Alice Neel, considered by many to be one of the most important figurative painters of the last century, spent the majority of her long career living and working in New York City. Neel’s paintings and drawings are an authentic, truth seeking depiction of her numerous subjects. With her unexpected color palettes, expressive line work, and a keen understanding of human fallibility, Neel’s depictions have mined myriad emotional and psychological states during her careful observation of each one of her sitters. Mother and Child is a tender drawing with undeniable allusions to the numerous iconic images of Madonna and Child. However, what Neel takes from religious painting in structure and subject matter, she counters with a casual naturalness. Head in hand, the child gently leans on the mother’s lap in a telling adaptation that is far-more true-to-life. In 1974, Neel was the subject of a retrospective exhibition at the Whitney Museum, New York, an event that was repeated in 2000, marking the centenary of her birth.