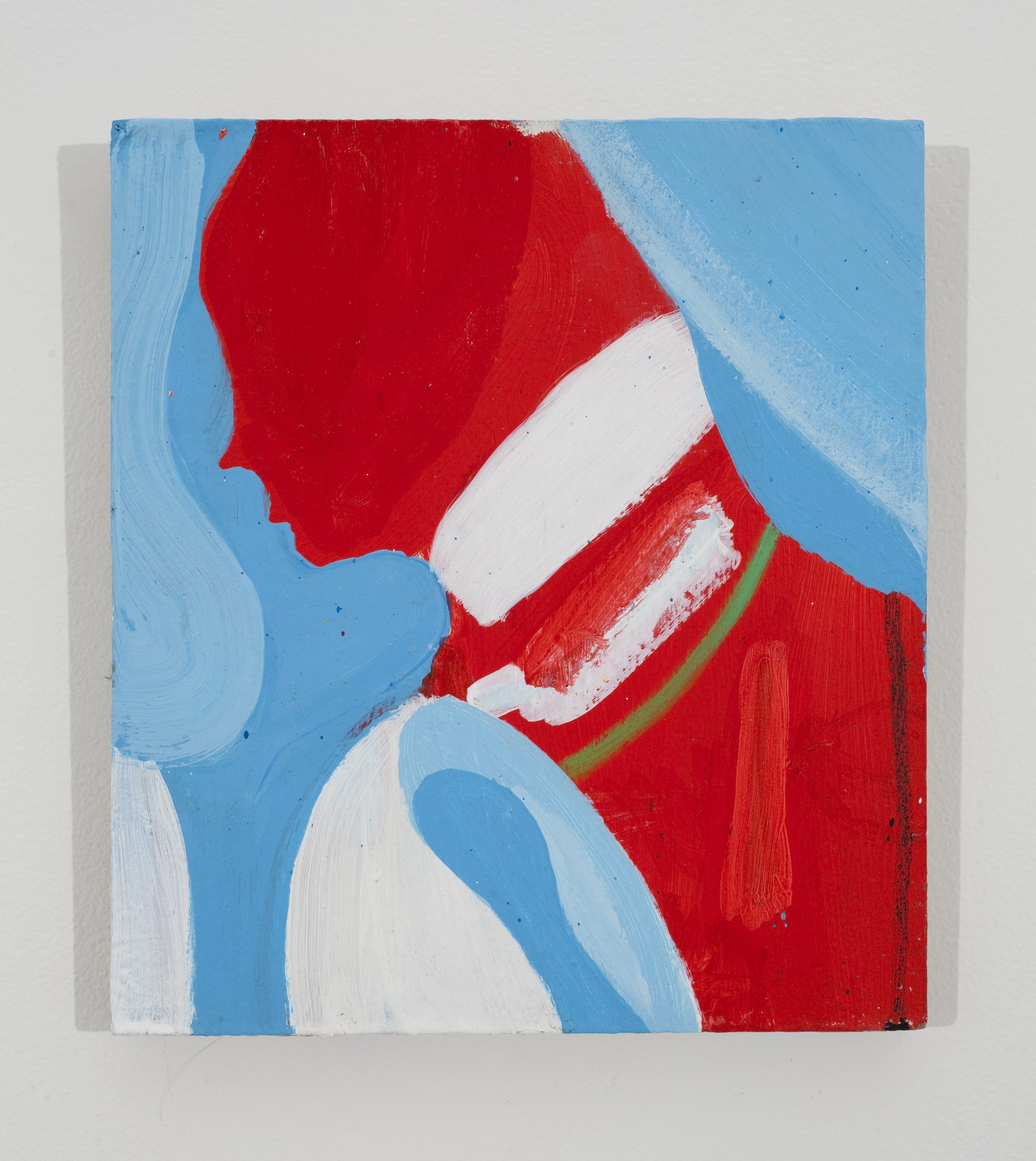 Emerging as a versatile, much publicized artist in the late 90s, Spencer Sweeney has spent the last two decades mixing music entertainment and pop-culture critique into his visual language. His indifference to any sustained or singular way of working has proven fruitful in reinforcing his moniker as eclectic cultural producer. In Mother and Child there is a merited freedom that stands outside of conventional approaches to figurative painting. Saturated color is parsed by a human silhouette surrounded by organic shapes that smoothly frame the red-hued figure. The child in this image is swaddled in cool, temperate hues that soften the bolder palette making-up its mother. The Philadelphia-born artist has had numerous solo and group exhibitions at galleries in the US and abroad.