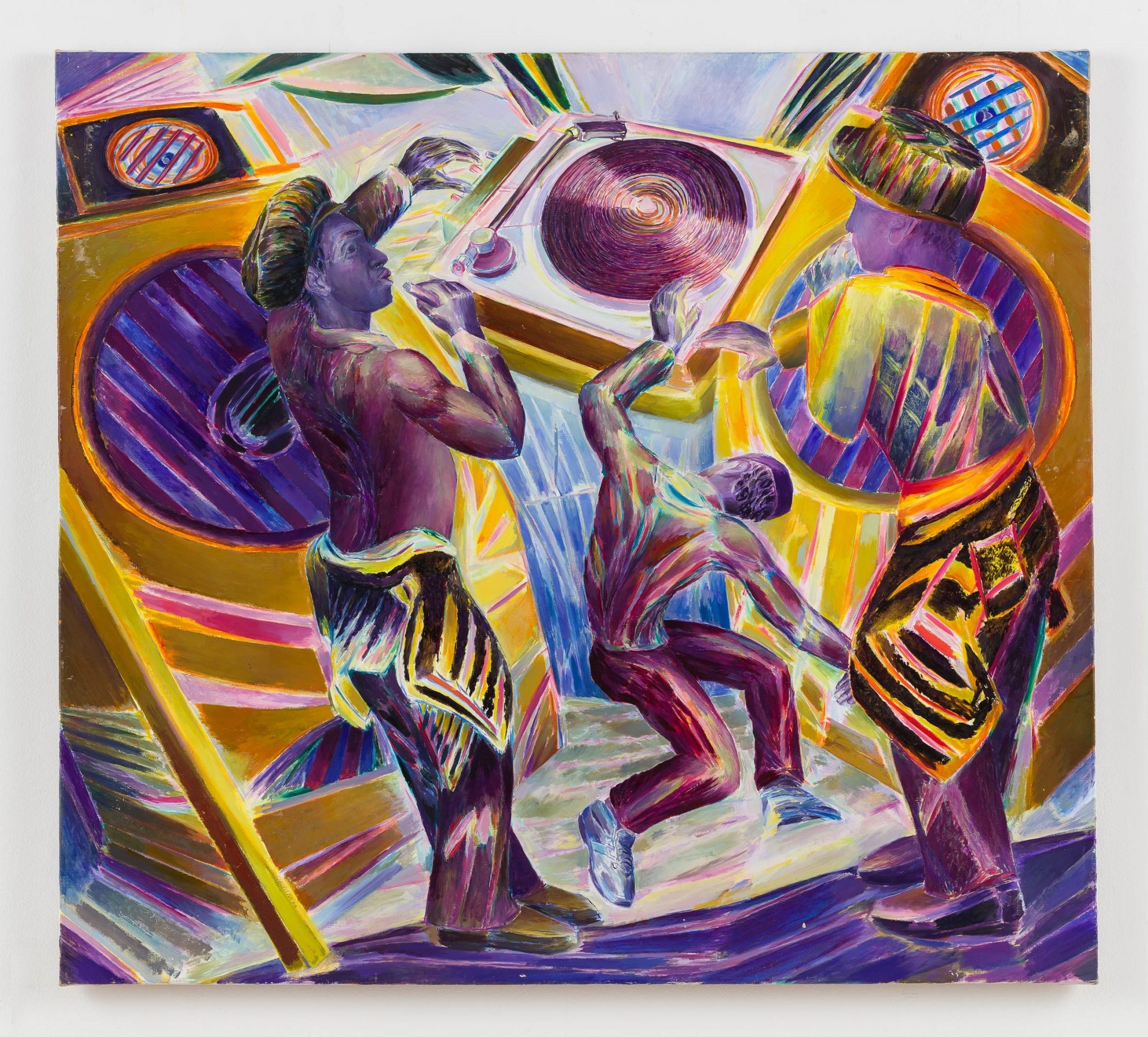 I just wanted to draw movement, action and expression. I was interested in the energy of the crowd, particular dance movements and what the clubbers wore. In these clubs, city life is recreated in essence: sounds, lights, police sirens, bodies pushing and swaying in a smoke-filled room. – Denzil Forrester

Filled with frenetic space, the figurative paintings of Grenada-born artist Denzil Forrester feature electric portrayals of nightclub scenes. His paintings often dive into socio-cultural injustice while celebrating elements of his own heritage and experiences living in a primarily Afro-Caribbean community. His work seen here shows a lively reggae band performing amid towering, music-blasting speakers that appear to be shaking the stage beneath their feet. Forrester’s eye-popping use of complimentary colors and the rhythmic angles that dash across the composition provide the work with an essential fervor, allowing the viewer to become part of the audience experiencing this climactic moment. Forrester’s work can be found in the collections of Tate, London; Arts Council Collection, UK; and Harris Museum & Art Gallery, Preston, among others. His work has been exhibited internationally at venues including The Studio Museum in Harlem, New York; Tate Britain, London; Ashmolean Museum, Oxford; Whitechapel Gallery, London; Royal Academy of Arts, London; and Gallery of Modern Art, Glasgow.