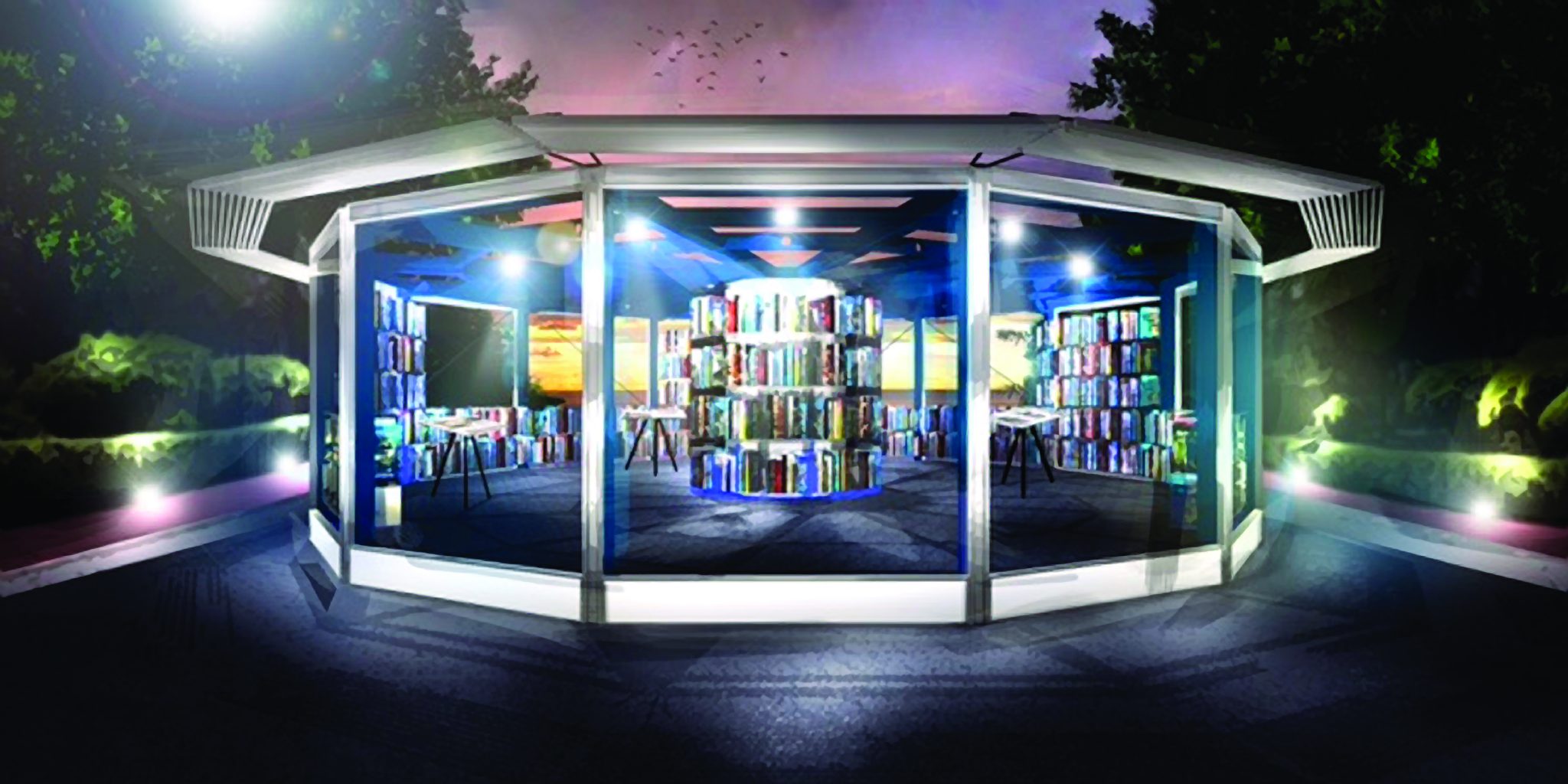 In an era when artists and architects sought to present function and simplicity of design above all else, Prouvé’s 1969 filling station was a brilliant answer to the need for roadside filling stations that could be quickly and simply constructed and moved according to the burgeoning needs of the French freeway system. Jean Prouvé (1901–1984) was a 20th-century pioneer in the innovative production of furniture and architecture, imbued with the creative philosophy of a group whose  principal aim was an art/industry alliance offering access to all. As a founding member of the Union des Artistes Modernes alongside Le Corbusier, Pierre Jeanneret, and Charlotte Perriand, Prouvé developed a “constructional philosophy” based on rational fabrication and functionality. Seeking to make a clean break from the past and struggling against elaborate designs in style at the time, artists of the union developed and produced art, architecture, and furniture that emphasized design over decoration. “All notions of embellishment aside… We believe that buildings must equal automobiles in quality… the host of possible variations requires a minimum of components,” wrote Prouvé in 1963. Jean Prouvé was fascinated by the materials of modern industry, beginning with an exploration of the technical resources of metalworking—first with wrought iron, then with bent sheet steel—for metal joinery, furniture, and architectural components.

Prouvé believed that “a building has to be made of the smallest possible number of elements,” and the filling station for Total is an exploration of just how far this maxim could be applied. Asked to create a model by the oil companies as a response to the growing number of tourists utilizing French highways for their travels, Prouvé came up with nearly two dozen concepts for filling stations before landing on this design.

Inspired by the Dymaxion dome house designed by Buckminster Fuller in the 1920s, the architecture of the filling station uses a central core and one-piece shell panels for each of its 13 sides. This minimalist approach meant the structures could be quickly assembled, allowing them to become functional and profitable filling stations quickly. The station’s nearly circular shape allows the structure to be configured in a variety of ways while still being easily identifiable from the road—a requirement of Prouvé’s client. The simplicity of its design combined with the innovation of the materials previously used exclusively in the automobile industry makes this piece as revolutionary as it was popularly embraced. With the Total filling station, Prouvé produced perhaps the most technologically advanced, functional architectural work of his storied career.