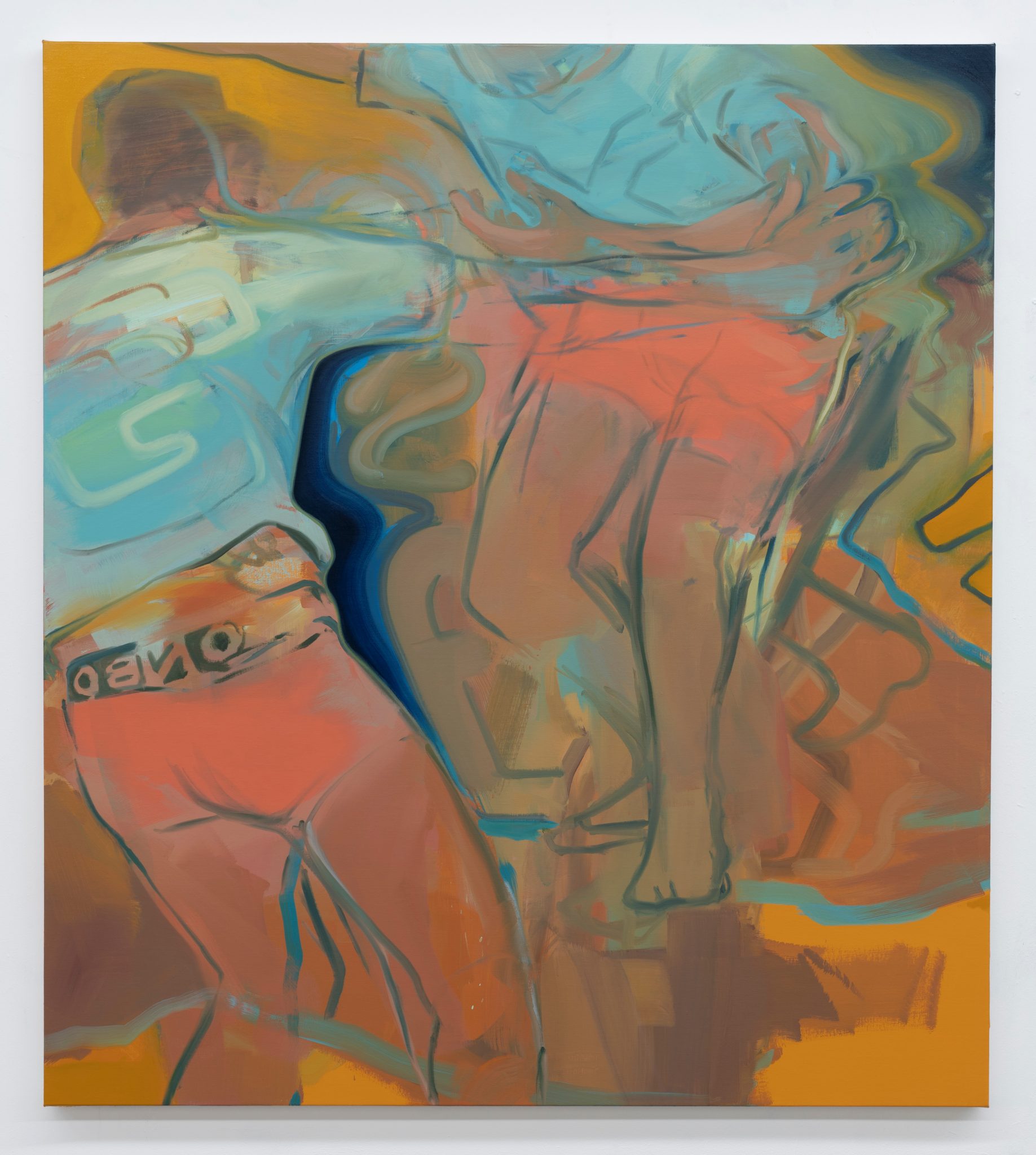 Australian-born, Brussels-based Sean Crossley is an emerging young painter interested in associative imagery. His fascination with both figurative and abstract painting has led him to create work featuring space that is just as important as the figures that move through it. Genuflection (GFlex), a prime example of this democratization of figure and space, depicts a mirrored composition and complimentary hues throughout. Backwards text along the band of underwear worn by the figure closest to the viewer reveals him as a doppelganger, who is subsumed by a melting portal. Expressive, broken outlines loosely encase different perspectives of space and time in the work. Crossley’s work has been exhibited all over the world, with his latest exhibitions held in Dallas, Brussels, and London.