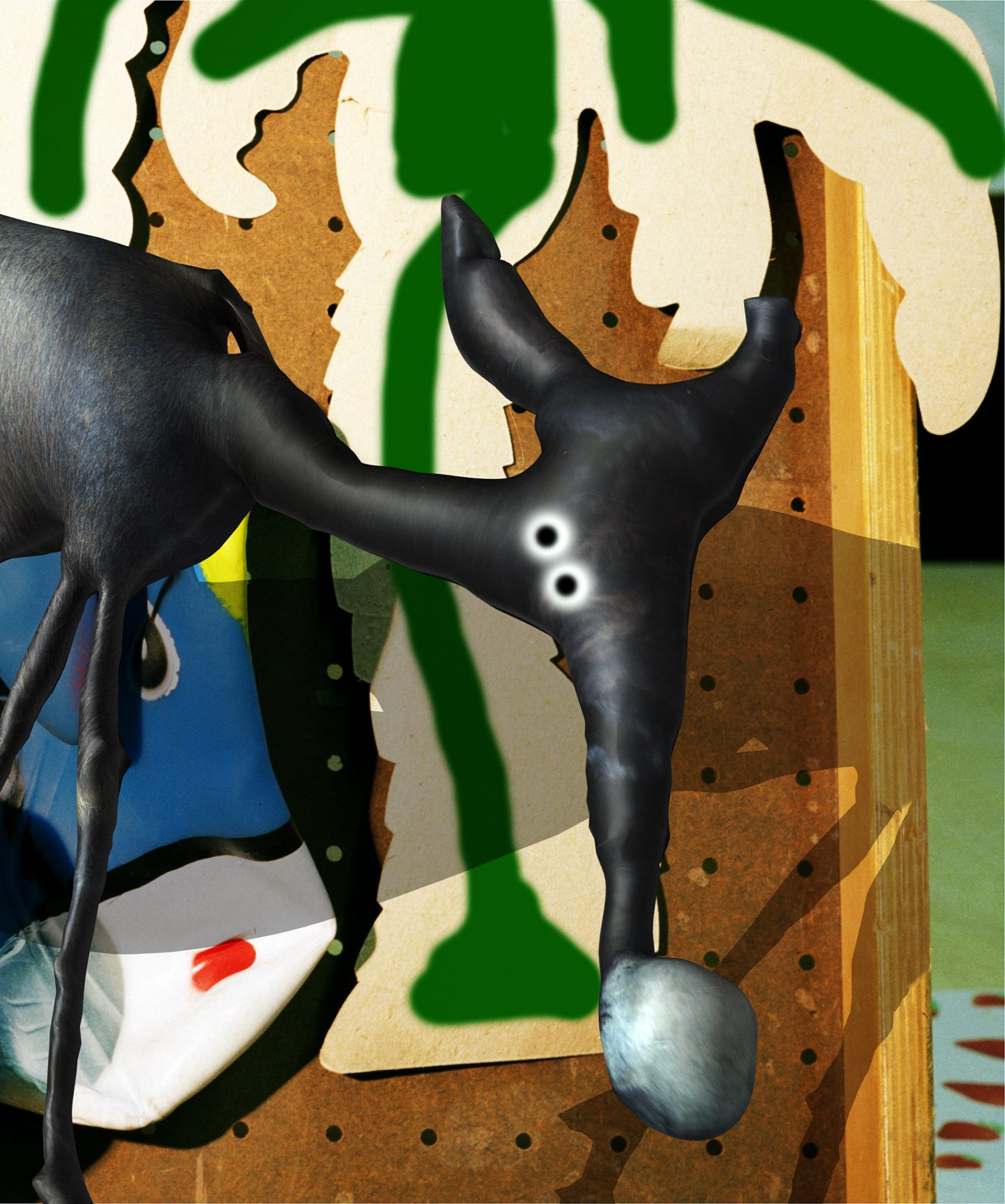 Lucas Blalock’s multilayered, multimedia artistic output draws on historical references, as well as the complex arenas of modern life. Flounder is related to his 2019 Whitney Biennial billboard project, Donkeys Crossing the Desert, a 29-foot-wide image he created for outside the museum. The billboard features three version of a donkey: one photographic, one appearing as a deflated toy, and one produced using Photoshop’s 3-D tools, to create what the artist describes as a “zombie” donkey. Flounder is an altered, cropped section of the lower right area of the billboard showing the heads of the latter two donkeys. Describing the subject of the donkey in his work, Blalock says, “They’re allegorical. It’s a figure going through scarcity.” Aside from shifting the art experience to a billboard outside the museum, the artist has also developed an app where the work can be experienced through AR (augmented reality), further expanding the viewer’s interactivity with the work. Blalock’s most recent solo-exhibition took place at Espace Images, Vevey. Group shows in major museums include Optical Illusions, Contemporary Still Life, C/O Berlin; Good Dreams, Bad Dreams – American Mythologies, Aïshti Foundation, Beirut; Ordinary Pictures, Walker Art Center, Minneapolis; and Ocean of Images: New Photography 2015, MoMA, New York, among others.

The Donkey Business (by Lucas Blalock) app can be downloaded at the App Store (iOS) or the Google Play Store (Android).