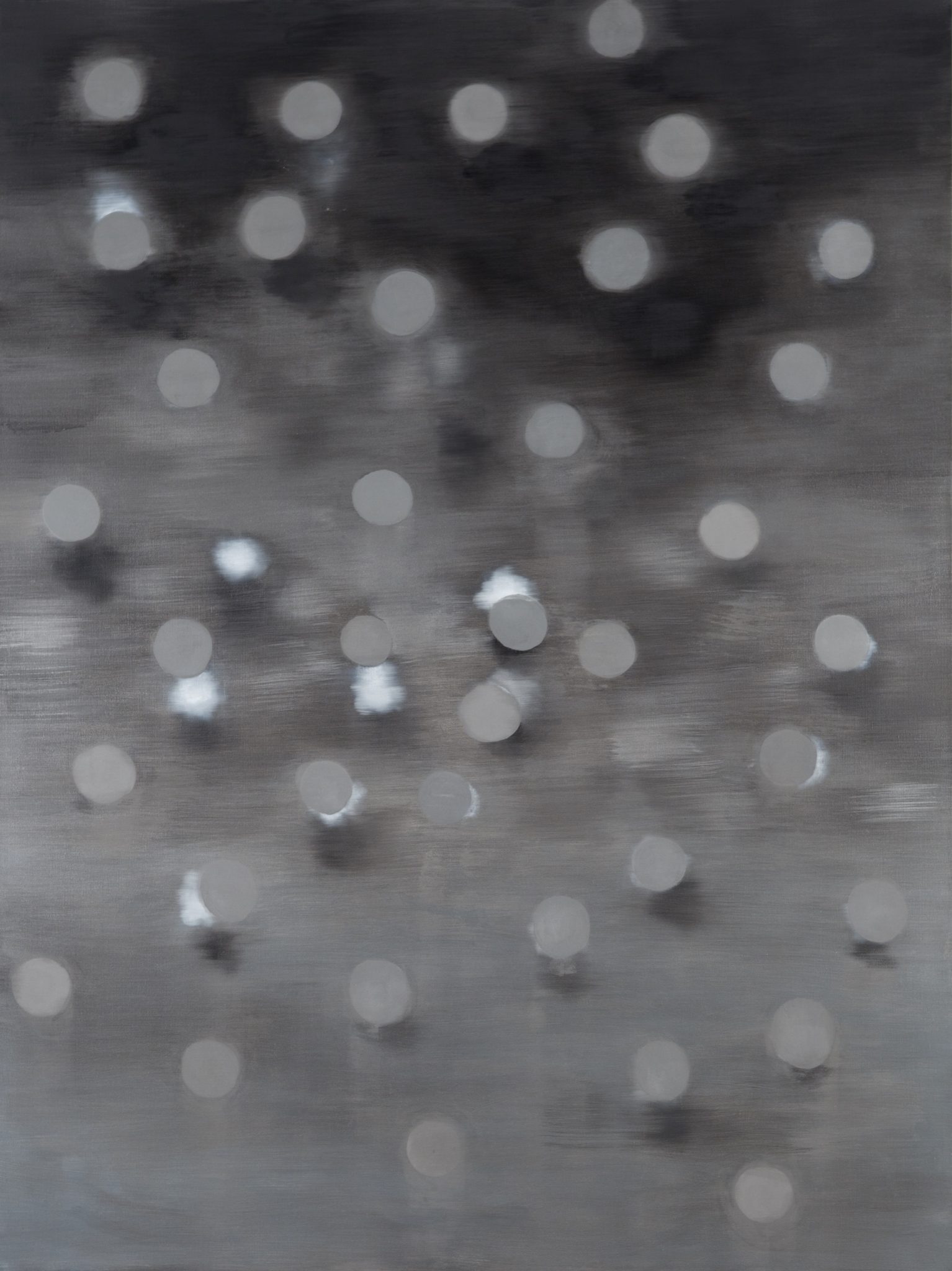 One of the most prominent painters to emerge in the 1980s, Ross Bleckner‘s work investigates notions of death, loss, memory, and the body through both representational and abstract imagery. His ongoing series of works that features dots or “cells” – seen here in Came Out, Came In – can look like parts of the body viewed under a microscope. These works often invoke an awareness of the body that comes from a biological, medical need, and for many recall Bleckner’s experience during the AIDS crisis of the 80s. The overall impression of these works might be both literal (the human body) and also psychological, drawing on the feeling of trying to grasp something intangible as it drifts away. Bleckner is the youngest artist to receive a midcareer retrospective at the Guggenheim Museum at the age of 45. His paintings can be found in several major museums, such as MoMA, New York; the Whitney Museum, New York, and LA MoCA, Los Angeles, among many others.