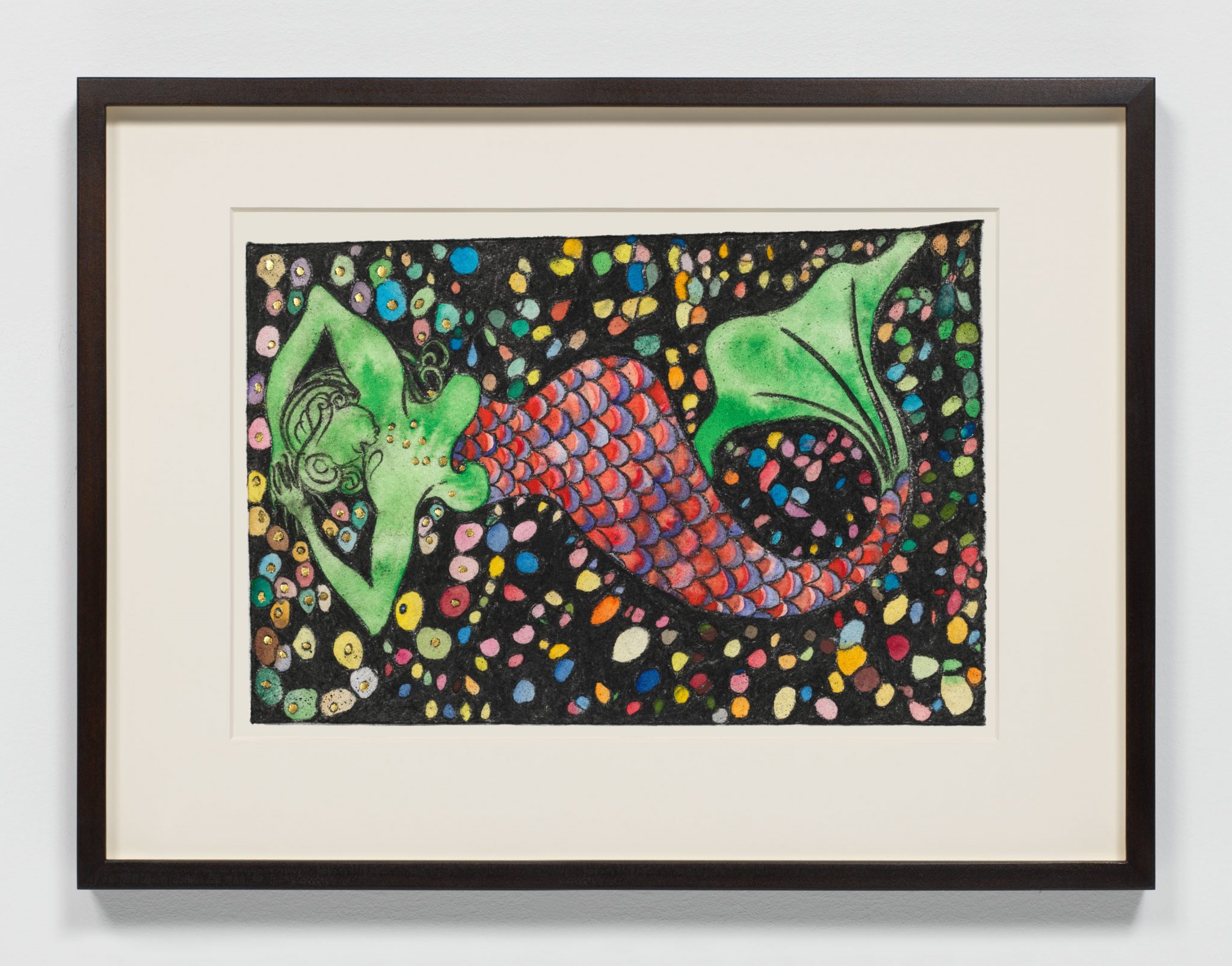 British artist Chris Ofili received international attention in the late 90s as part of the YBA group (Young British Artists) for his decorative and densely-painted works featuring African people in cultural and religious scenes. His recent works draw on the imagery and traditions of Trinidad, where he has lived since 2005. In this delicate watercolor, a mermaid figure rests on multicolored sand and pebbles. The title refers to the nymph in Greek mythology who kept Odysseus on the island of Ogygia for seven years, and also to the style of Afro-Caribbean music that originated in Trinidad and Tobago. Perhaps Ofili is drawing a connection between the imagery and seductiveness of island culture across the ages. Solo exhibitions of Ofili’s work have taken place at the Arts Club of Chicago (2010); Tate Britain, London (2010 and 2005); Kestnergesellschaft, Hanover (2006); The Studio Museum in Harlem, New York (2005); and the British Pavilion, 50th Venice Biennale, Venice (2003). In 2016, Ofili was a recipient of Commander of the Most Excellent Order of the British Empire (CBE), awarded by the Queen, and in 1998, he was awarded the prestigious Turner Prize. Ofili’s works are represented in numerous prominent collections internationally.