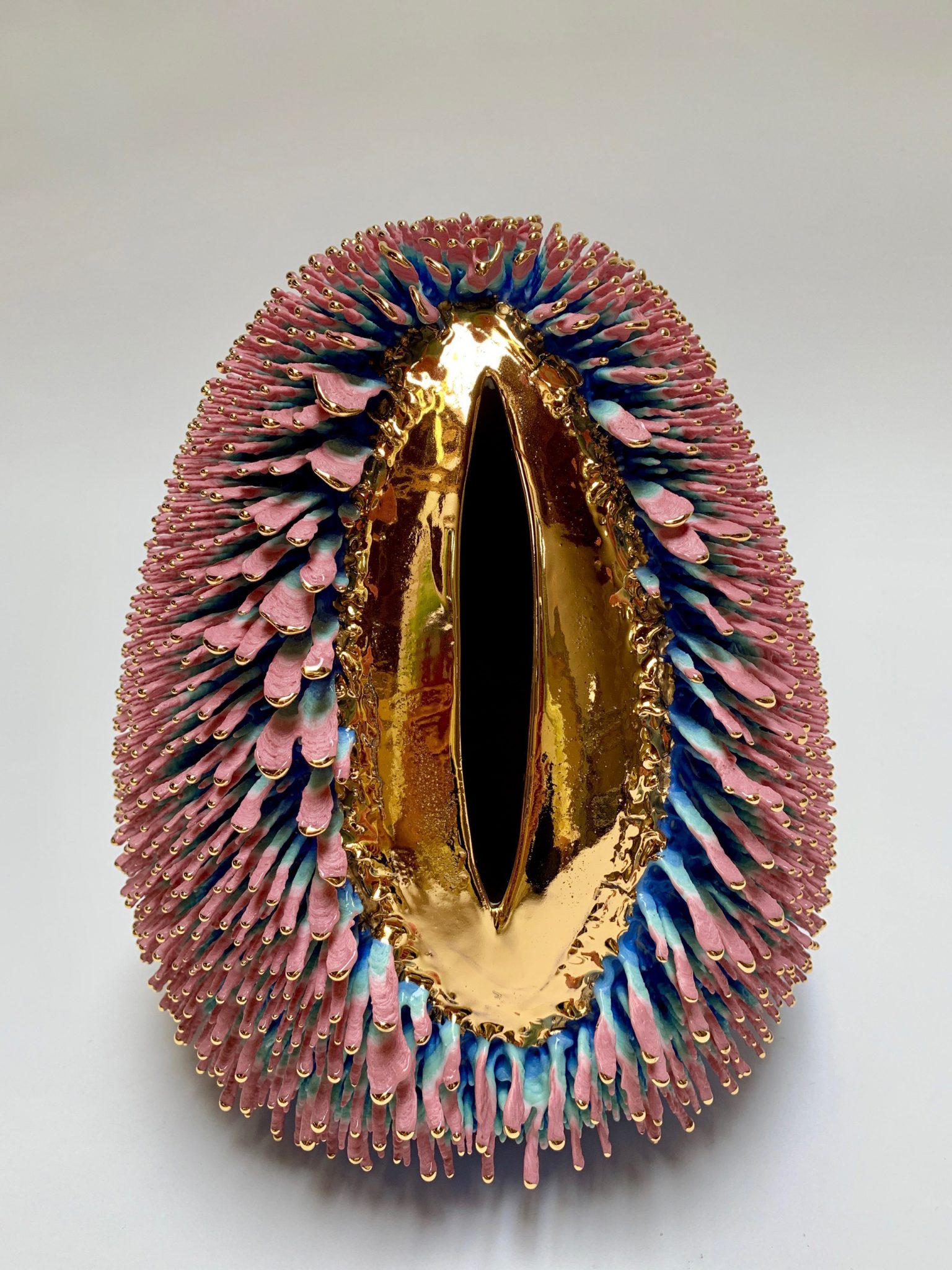 Since the founding of their studio in 2010, twin brothers Nikolai and Simon Haas have produced a wide range of art and design objects characterized by their interests in biomorphic form and fantastical imagery. The brothers and their team of collaborators and craftspeople meticulously transform luxurious materials into witty and irreverent creations, referencing animal forms and the human body. Gold You Down is a ceramic object from their Accretion series of biomorphic objects inspired by their observations of tree fungus and coral formations. To make these works, a brush dipped in porcelain slip tinted with pigment is brushed across a stoneware vase creating extensions of less than .1 millimeters. The process is then repeated up to 10,000 times, with the pigment slowly being changed as the accretions build up (seen here as the tentacle-like forms change from dark blue to light blue to pink). After a lengthy drying process, the piece is fired. A clear glaze is then applied, and each tip is brushed with gold luster. Like much of their work, the result is a curious blend of the beauty of the natural world with a heavy dose of sexuality and a bit of science fiction. The Haas Brothers’ first solo museum show opened at The Bass Museum of Art in 2018 and their work is held in the collections of the Metropolitan Museum of Art, New York; LACMA, Los Angeles; and the RISD Museum, among others.