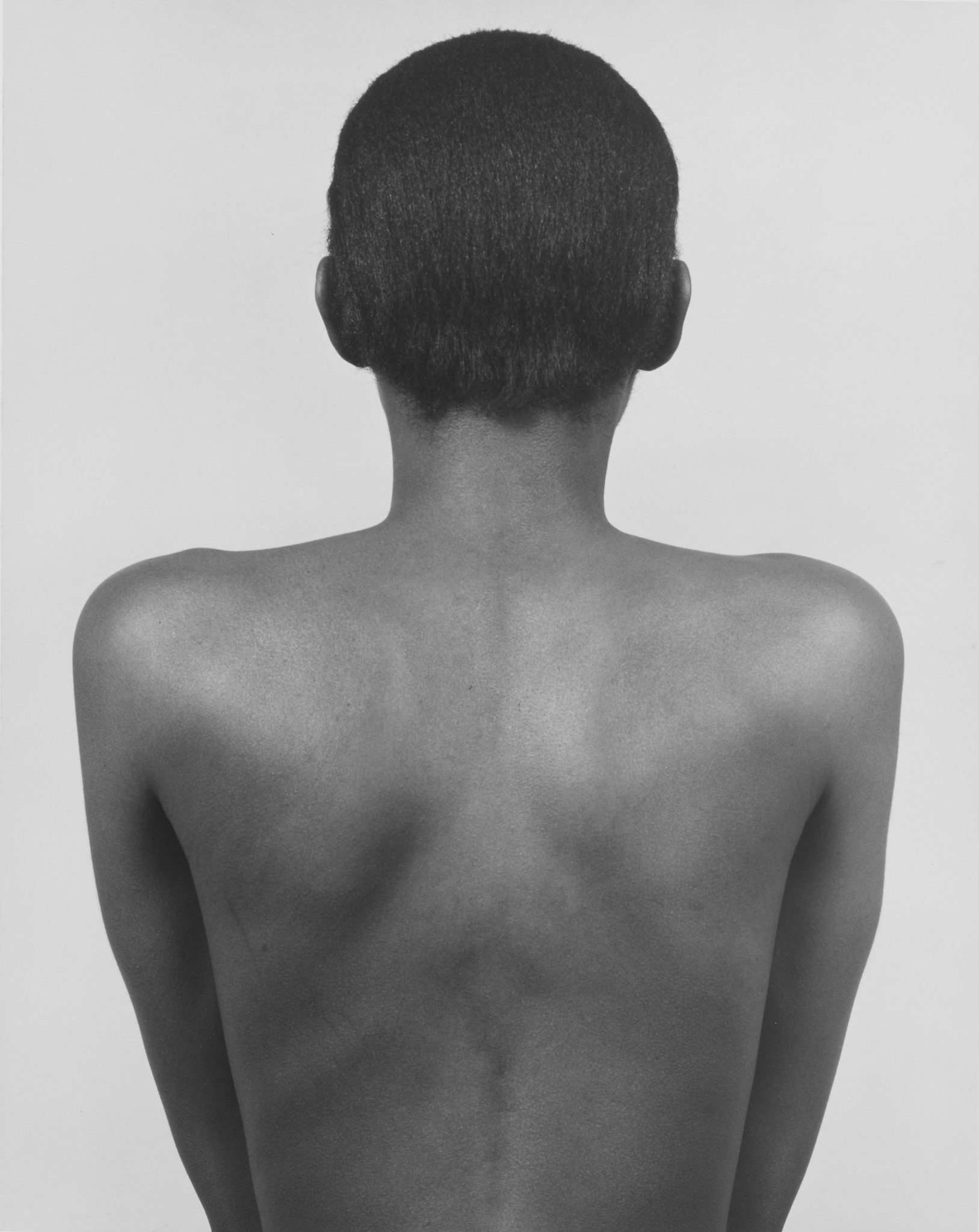 Robert Mapplethorpe’s striking images of women show an incredible range of subjects, from pop culture icons (Patti Smith on her album cover for Horses) to wry portraits (Louise Bourgeois grinning while holding a phallus sculpture) to beautiful studies of the human form, seen here in this 1983 work of Barbara Hairston, a model Mapplethorpe worked with from time to time. In Mapplethorpe’s photo, Hairston’s body becomes a beautifully symmetrical form seen from behind, highlighted by Mapplethorpe’s characteristic use of contrasting light and dark values and a sensuous range of greys. During his lifetime, Mapplethorpe participated in documenta 6 in 1977, and the Whitney Museum held his first major American museum retrospective in 1988, a year before his death. In 2013, exhibitions of his work were held simultaneously at the LACMA and the Getty Museum.