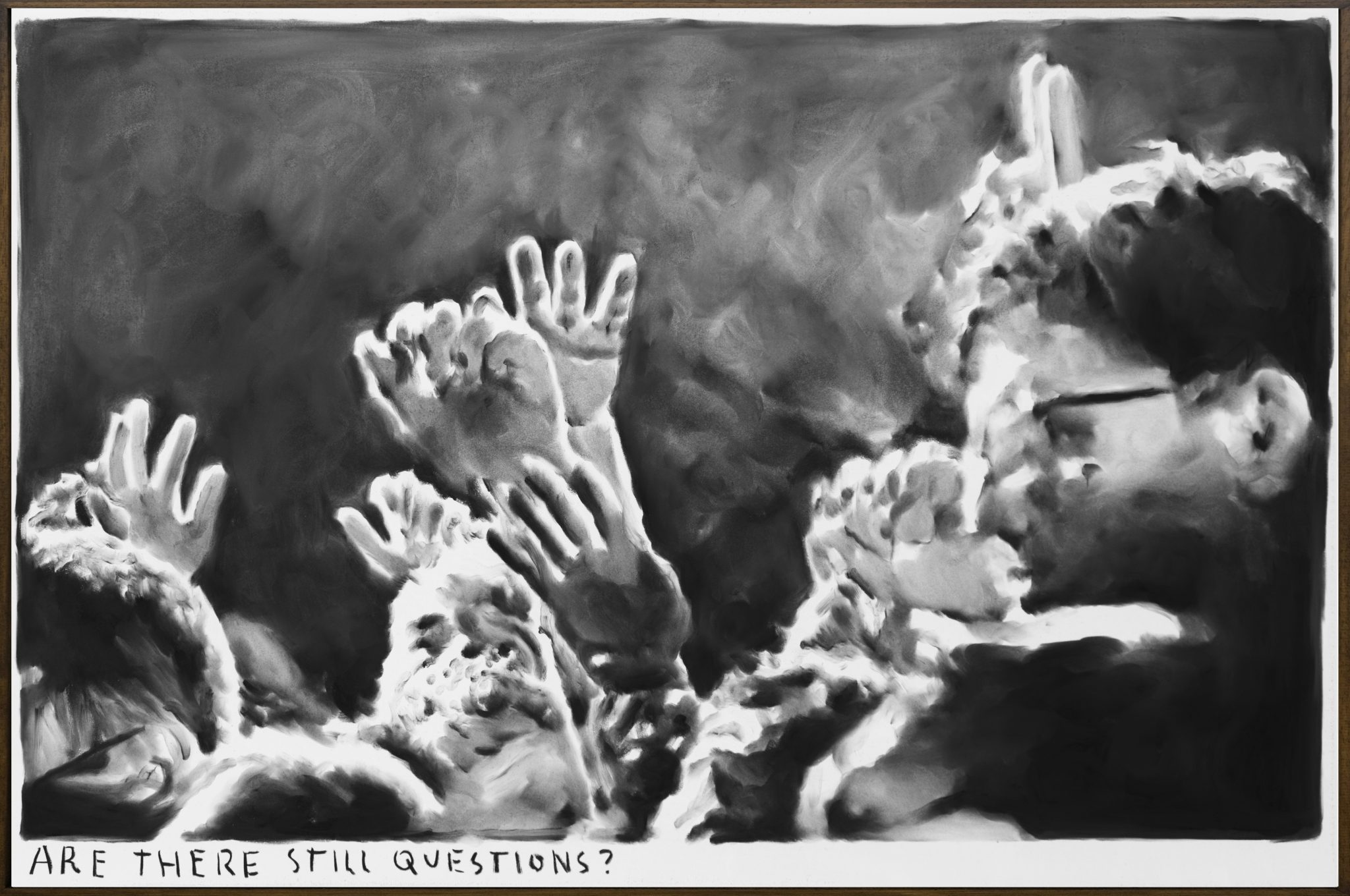 Monumental charcoal drawings filled with mythical, theatrical narratives form the core of Belgian artist Rinus Van de Velde’s work. His narrative scenes draw from a variety of sources, both fictitious and real, and at times comprise a kind of alternate autobiography for the artist. In this work from 2019, the viewer is in the middle of a large crowd who are clearly dealing with an exasperated speaker asking, “Are there still questions?” As in other works by the artist, Van de Velde presents a scene that is tragi-comic, offering up a moment that is deeply serious yet absurd in its banality. Van de Velde has exhibited his work at galleries and institutions internationally, and his work is in the collections of S.M.A.K., Ghent; M HKA, Antwerp; CAC Malaga; Museum Voorlinden, Wassenaar; Gemeentemuseum, Den Haag; and Stad Antwerpen, Antwerp, among others.