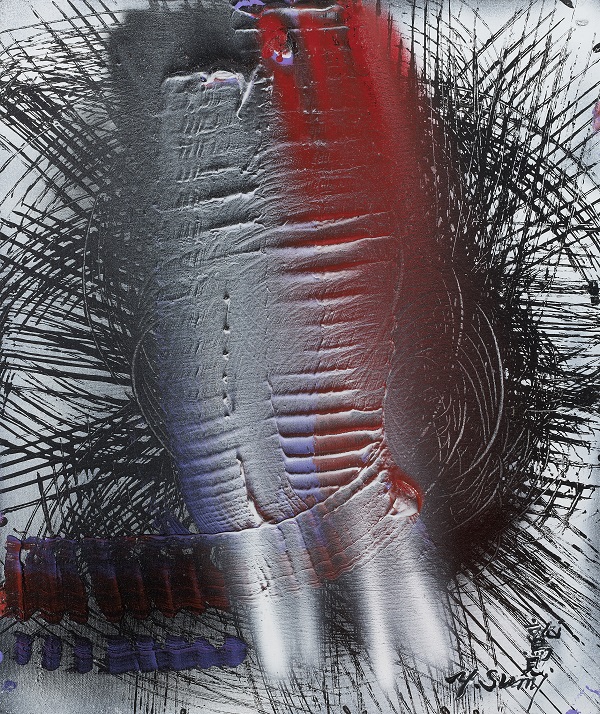 Yasuo Sumi joined the Gutai Art Association in 1955, a year after it was formed, and remained a member until it dissolved in 1972. He became known for painting with everyday objects, such as combs, vibrating motors, and abacuses. In Work SY-52, a recent work on canvas, Sumi continues to experiment with implements that create chattered, parallel marks. Peaks and valleys of acrylic paint are the result, and Sumi applies spray paint at an angle to highlight the paint’s texture. Sumi’s work has been included in numerous exhibitions worldwide, including Gutai: Splendid Playground at the Guggenheim in 2013.