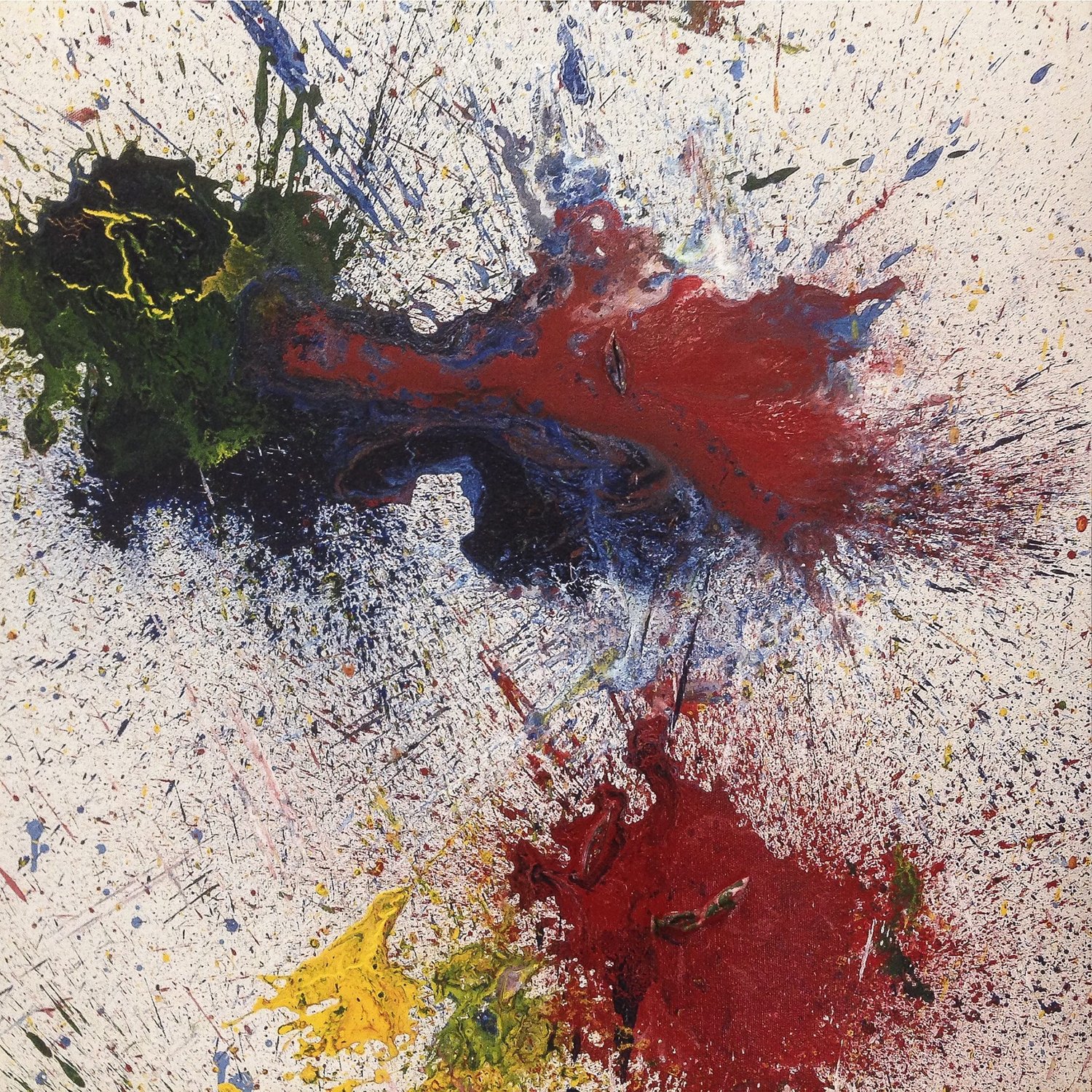 Shozo Shimamoto studied with Gutai leader Jiro Yoshihara and was a founding member when the group formed in 1954. Like many early members of Gutai, Shimamoto favored bodily gestures as the most authentic form of individual expression and a fundamental way to bring out the “scream in the material” (as Yoshihara famously wrote in the Gutai Manifesto). Shimamoto punctured and ripped paper, shot bags of paint from a cannon, and threw glass bottles of paint at canvas to make his works. Untitled – Last Work continues in the vein of these early gestures. The artist filled bags or balloons with paint and threw them at the canvas, letting the paint explode in violent splatters. As the liquid dried, colors and densities of paint mix, forming oozing pools and cracking skins across the surface. The process of throwing containers of paint began in 1956 (with Shimamoto’s first Bottle Crash work) and continued until the creation of this work, made the year before the artist’s death.