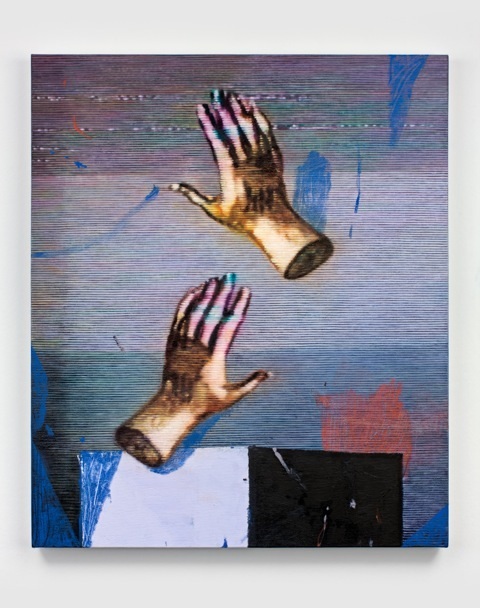 Russian-born, Brooklyn-based artist Kon Trubkovich creates paintings and videos influenced by the deterioration of memory and imagery’s transformation within the unconscious. Trubkovich’s paintings, like Untitled, are pulled from still images on degrading VHS cassettes and feature forms distorted by the static lines from the electromagnetic tapes. Trubkovich’s subject matter – like the two disembodied hands seen here – seems to be in transition, either fading away or emerging from the painting, a conflict the artist says is “a representation of the physicality of memory.” Trubkovich’s work has been shown in Europe and the US.