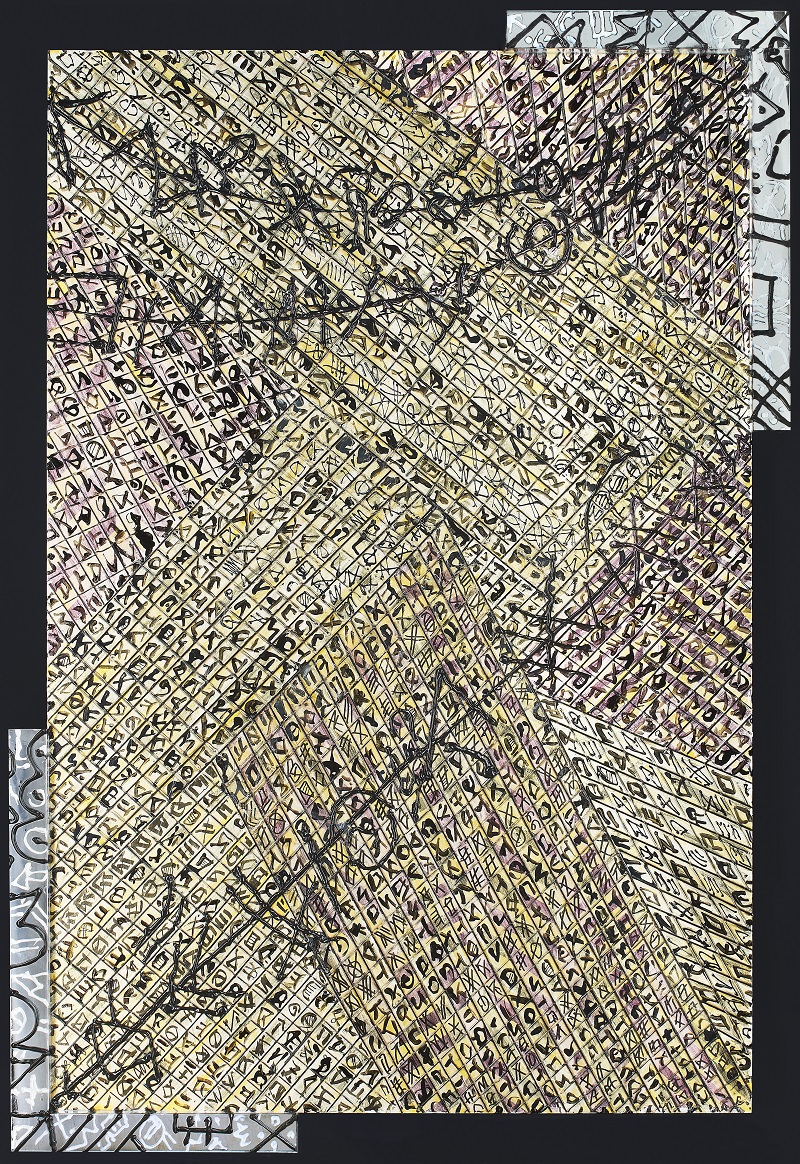 Shuji Mukai joined Gutai in 1961 as part of the second generation of artists to take part in the group’s multi-disciplinary exhibitions and activities. Early on, his works were characterized by patterns of pictographic signs that resembled a variety of visual languages – from music notes to hieroglyphics – but ultimately referenced nothing. Though he makes “traditional” wall-bound paintings, the artist also makes installation-based work, as in his Modern Jazz Café “Check” (1966) where he covered the walls, furniture, dishes, and people in a cafe with his signs. In this recent untitled work, Mukai’s unknown language covers a dimensional composition of geometric planes that appear as a dizzying mass of buildings. He often uses other media to build out from the canvas, further complicating the strange space of his work. A playful and poignant commentary on information and communication, Mukai’s work seems as relevant today as it did in the 1960s. Mukai’s work has been included in numerous group shows in Japan and abroad.