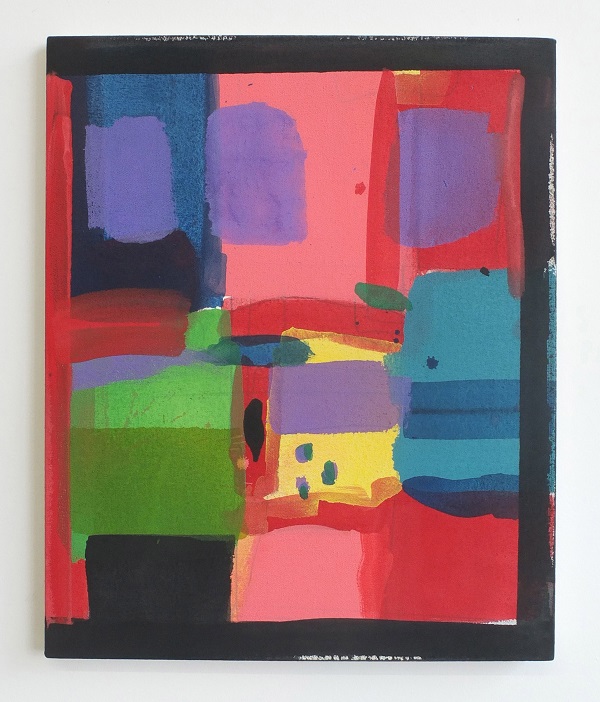 Though Matt Connors’ work is undeniably in dialogue with works from the past, he brings his own fresh approach to the constantly evolving language of abstract painting. In Third Pitch Shifter (Second State), Connors applies washy passages of color that overlap and bleed into each other, in a process that appears casual, rough, and premeditated, all at once. The work’s loosely gridded composition is balanced and ordered, seen in the black band that outlines the edge of the canvas. It is a testament to Connors’ skill that the improvised, accidental quality of his paint application results in a contained, structural, and unselfconscious work. In 2011, Connors’ work (along with Fergus Feehily’s) was the subject of a two-person exhibition at the DMA, and in 2012 he was awarded a John Simon Guggenheim Memorial Foundation Fellowship. His work has been included in solo and groups exhibitions in the US and in Europe.