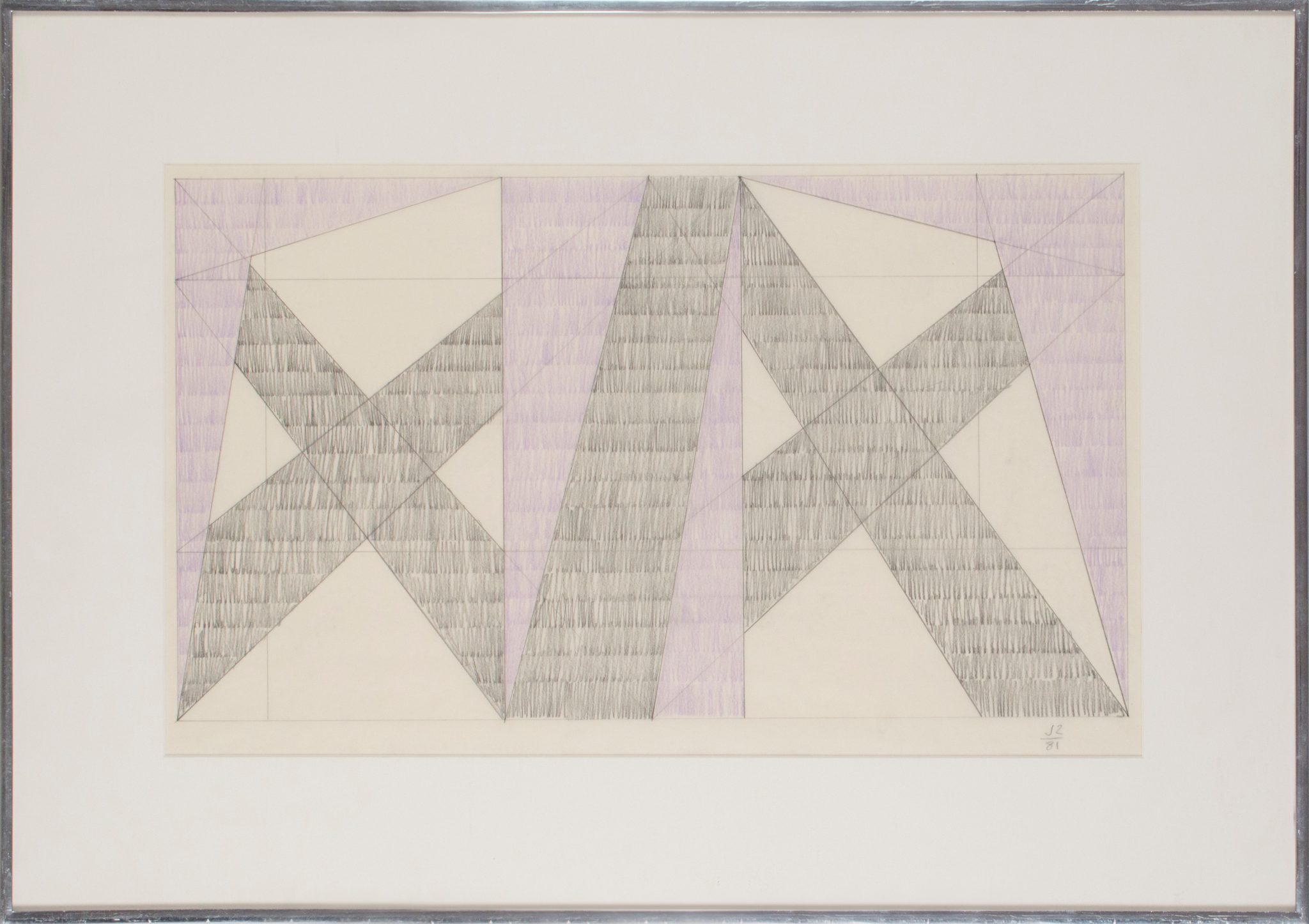 Jack Tworkov was a founding member of the New York School and a central figure in the New York group of Abstract Expressionists alongside Philip Guston, Jackson Pollock, Franz Kline, and Willem de Kooning (with whom he shared a neighboring studio). During the mid-1960s, he transitioned away from the gestural brushstrokes that made up his earlier work into the analytical, geometric approach he explored for the remainder of his career. He described the transition, “I soon arrived at an elementary system of measurement implicit in the geometry of the rectangle which became the basis for simple images that I had deliberately given a somewhat illusionistic cast.” In this work, made the year before his death, Tworkov sets up a rigid, geometric composition that suggests a tilting architectural space. Characteristic of his later work, the structure of the trapezoidal shapes is offset by rows of delicate, zig-zag lines. Tworkov’s work is included in numerous public collections, and his work has been featured in many solo and group museum exhibitions.