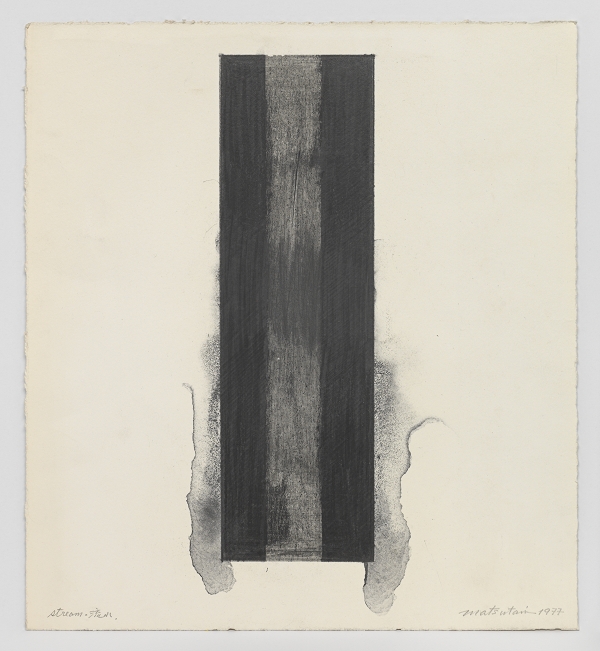 In 1959, about five years after Jiro Yoshihara and a number of other Osaka area artists created the Gutai Art Association, Takaseda Matsutani met founding member Sadamasa Motonaga. The following year, he participated in a Gutai group exhibition, and in 1963 he became a full member, participating in the associations collective exhibitions until 1972, the year the group disbanded. Like many Gutai artists, Matsutani sought to produce works that allowed the inherent properties of the materials to reveal themselves. Early on his signature material was vinyl glue, but from the early 70s onward graphite became his medium of choice. Many of his graphite works feature a splash of turpentine that dissolves the material, creating runny pools on the paper. The artist often titles these works “Stream,” referring not only to the action and flow in the work, but more broadly for Matsutani, the flow of birth to life, creation to destruction. Matsutani’s work has been included in numerous exhibitions in Japan, Europe, and the US.