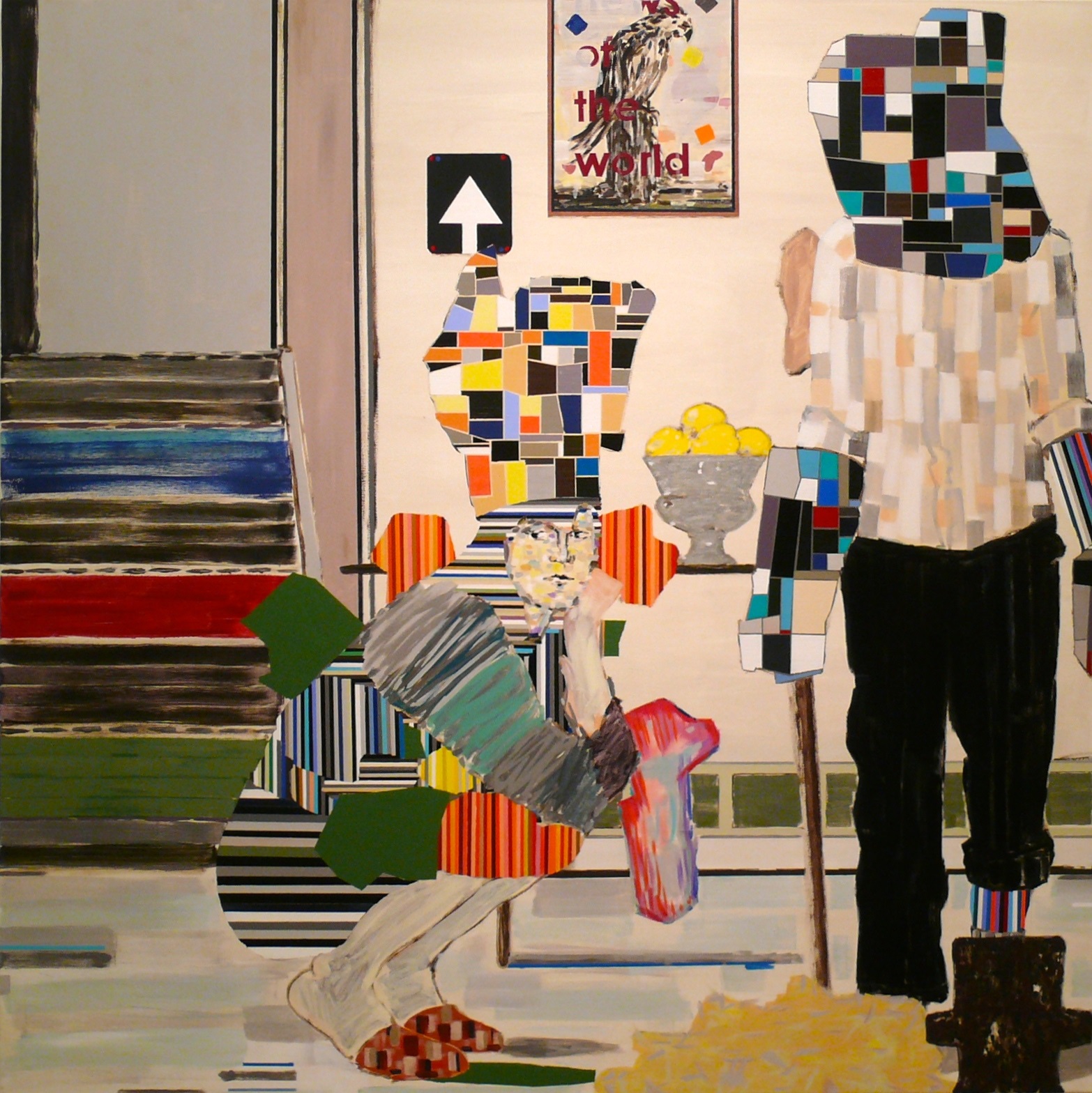 In the tradition of esoteric figurative painters like Francis Bacon, Denton artist Matthew Bourbon incorporates the vocabulary of modern abstraction to construct paintings that invite the viewer to peek into the private world of anonymous figures. In Ritual to Remember to Forget, two characters are differentiated by Bourbon’s selection of colors and patterning. The left figure’s body is largely obscured by bricks of color, segmented stacked stripes, and an exceedingly large bulbous headpiece, which mimics the composition covering the head of the standing figure. Bourbon’s painting is filled with half-concealed hints to the narrative behind each vignette, though these inclusions, like the poster of the parrot in the background, are not meant to clarify the relationship between the two figures or the scene. While his paintings remove the physical body from the image, he keeps the focus on the relationship between the two individuals, piquing his viewer’s curiosity.