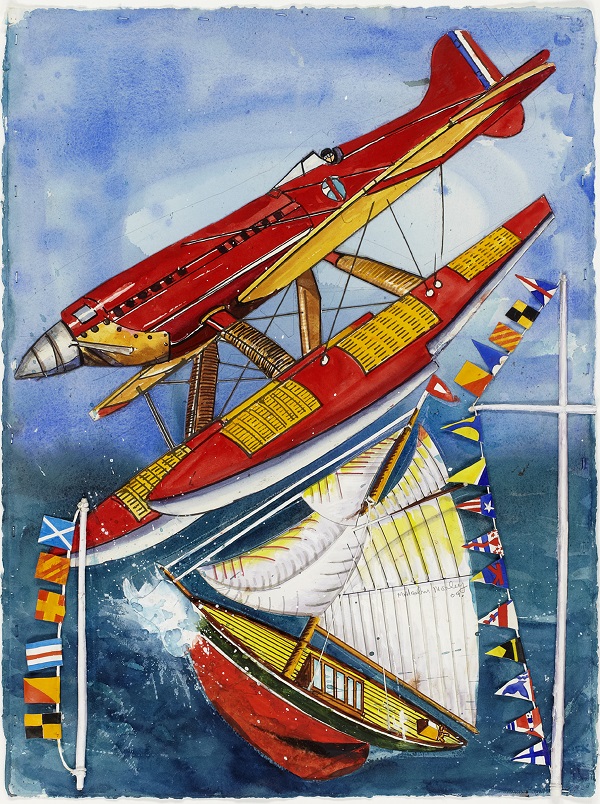 For the past five decades, British artist Malcolm Morley has staged heroic scenes of airplanes and ships in his colorful paintings. Often recycling imagery from earlier works, Morley returns to the motif of the crashing red sailboat in Pamela with Red Sea Plane and Flags. The diving sea plane dominates the watercolor, sharply lined in comparison to the tonal color washes in the hull of the ship, sea, and sky. The point of impact in the painting appears energetic, yet non-violent, suggesting model planes and ships at play rather than a maritime disaster. Since receiving acclaim for his hyperreal work of the 1960s, Morley has shifted styles from his expressionistic works of the 1980s to small still life scenes of ships and planes. His work is in many prominent public and private collections, including the Dallas Museum of Art.