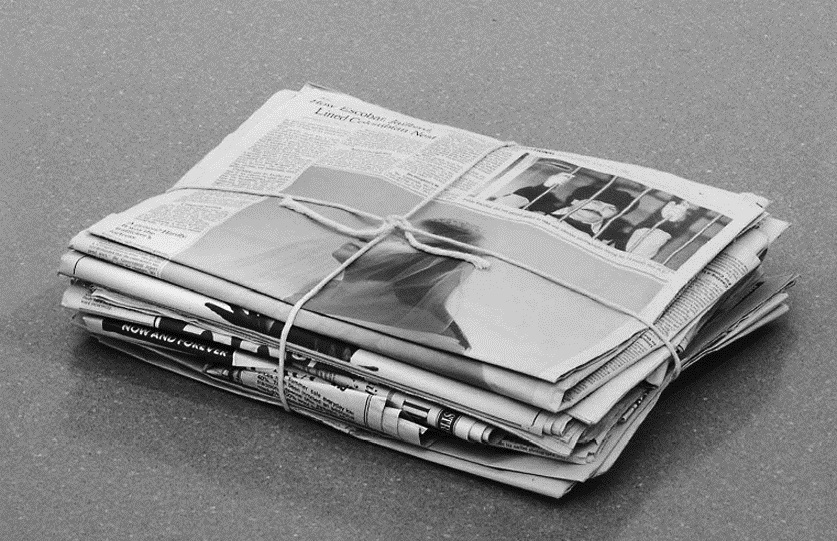 Regarded as one of the most important artists of the past 30 years, Robert Gober makes work that painstakingly recreates everyday objects (or hybrid objects), imbuing them with an eerie psychological presence. Newspaper is from a group of 32 bundles originally used in a 1993 installation at Dia Center for the Arts that combined Gober’s own photographs with layouts from national newspapers. Here, an image of what appears to be a bridal announcement or ad is actually Gober himself in a wedding dress. The adjacent article about Colombian drug lord Pablo Escobar is from a 1992 New York Times article, and a paragraph (headlined “A Disgusting Spectacle”) describing a “male trafficker dressed up in women’s clothing” is placed directly to the left of Gober’s face. Like many of Gober’s works, the piece resonates with a number of contemporary issues: sexual identity, physical and psychological imprisonment, gender, marriage, the war on drugs, and more broadly, the passage of time and the nature of media. Gober’s work is in numerous public collections and was the subject of a major survey at MoMA in 2014-2015.