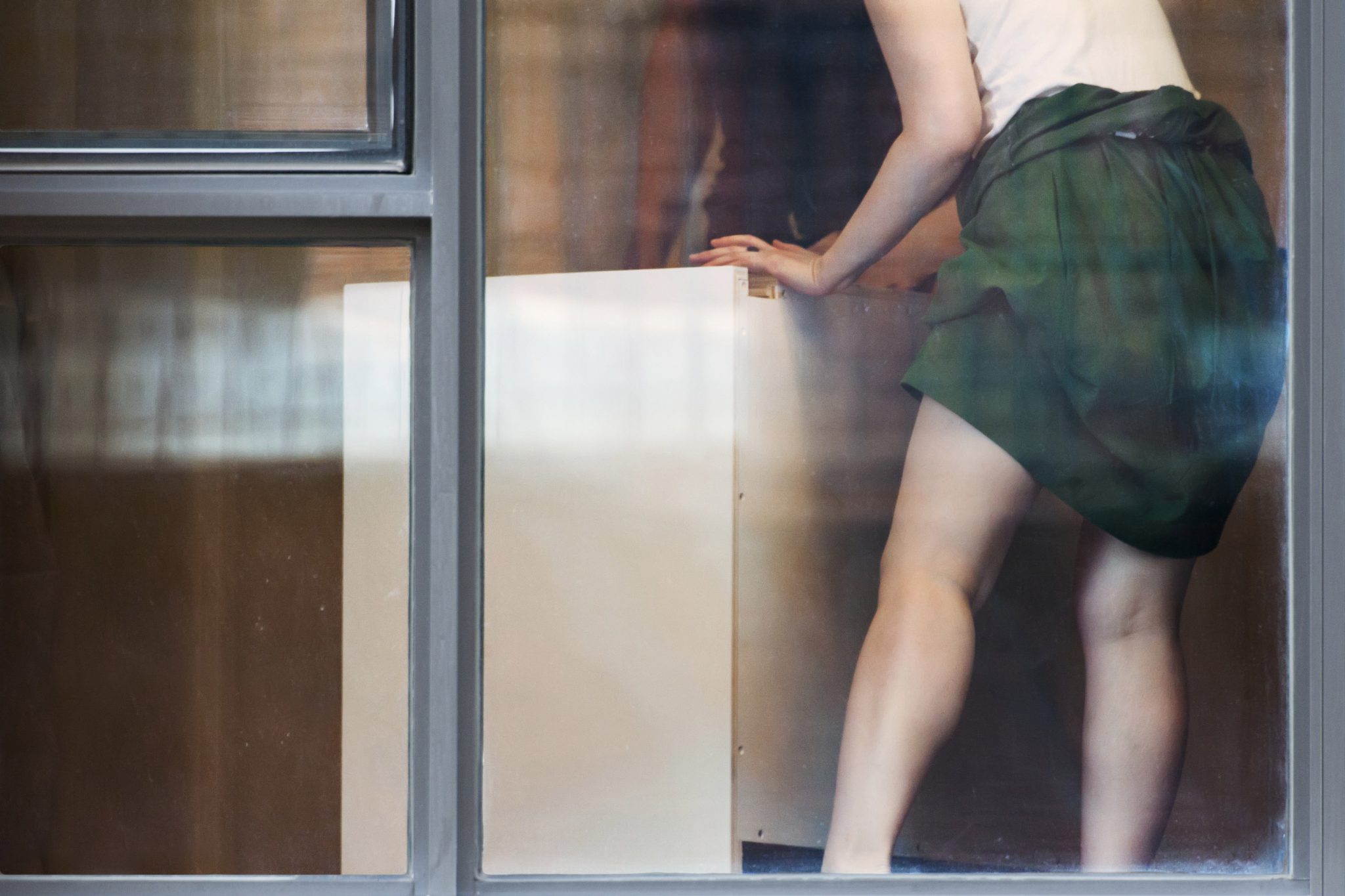 Many of the series created by New York photographer Arne Svenson construct anonymity for his subjects by focusing on their actions and poses, rather than their faces. In his controversial series The Neighbors, he used a telephoto lens to photograph people through their windows who were unaware their actions were being captured by the artist. In this image from the series, Neighbors #38, the structure of the window frames the woman, whose skirt is casually rolled around her waist. Her partial figure, the obscuring glare from the window, and her ambiguous actions build the viewer’s curiosity, making us enthralled bystanders in Svenson’s act of voyeurism. Arne Svenson’s photographs are well-represented in public and private institutions, and a work from The Neighbors series was recently featured the Modern Art Museum of Fort Worth’s Framing Desire: Photography and Video.