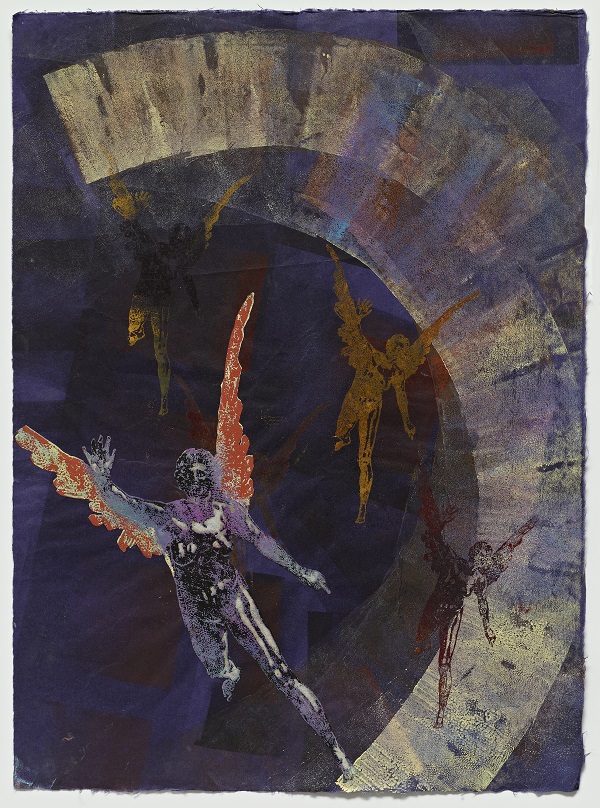 In the 1970s, Nancy Spero decided to use only female figures in her work, and at the time of her death in 2009, over 400 “paper doll” characters made up her “stock company.” Culled from history, mythology, and literature, these powerful women provocatively addressed issues of war, violence, sex, torture, and speech, among many others. Spero is cited as an early feminist artist due in part to her political activism, but also for her portrayal of women as complex protagonists, active agents in their personal, public, and political lives. In this work from 2001-2005, an image of the Pierre Biard sculpture La Renommée (“Fame”) twists and spirals through a dark vortex. Biard’s sculpture originally held a trumpet in the outstretched arm, though in Spero’s dynamic composition the figure comes to life as a leaping, striving winged female, grasping at something as it hurtles through space. Nancy Spero’s groundbreaking career spanned more than 50 years, and her work has been the subject of numerous museum exhibitions.