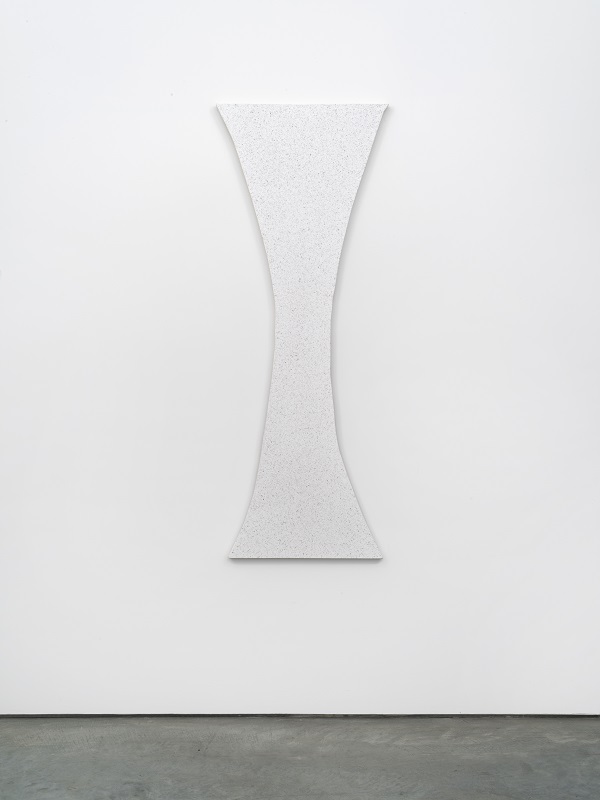 Jacob Kassay continues to reexamine painting’s most inherent properties and to question its processes, production, and definition as a cultural form. Recently, Kassay produced a series of irregularly-shaped paintings based on fabric remnants leftover from earlier works. In the next iteration of this investigation, seen here in Impasse, Kassay reproduces the stretchers (based on the odd-shaped fabric pieces) used in these works to make an entirely new body of work. Rather than show the fabric unprimed, as in the earlier works, Kassay coats them with atomized acrylic paint, resulting in a semi-opaque surface with an odd, ambiguous depth. As an abstract painting, the work is not a fixed endpoint, but rather a conceptual mid-point in a series of questions the artist is continually asking about the nature of art. Kassay’s work was the subject of a solo show at The Power Station in Dallas in 2012, and has been included in solo and group exhibitions in the US and abroad.