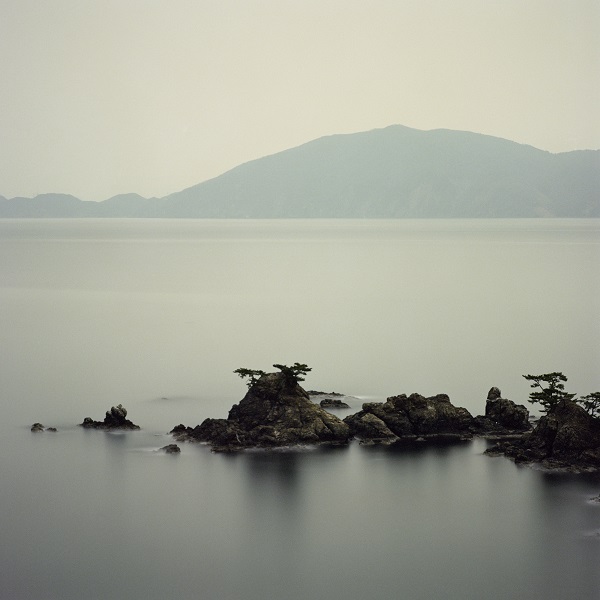 Darren Almond makes films, photographs, sculptures, and installations, many of which are centered on notions of time. A frequent traveler, Almond uses his experiences in remote locations as the inspiration for much of his work. For his Fullmoon Series, he photographs landscapes using only the available light from a full moon and long exposure times. In Fullmoon@Uwase, the movement of the water (visible due to the long exposure time) accentuates the utter stillness of the rocks and trees. The moon moves slightly during the exposure, which softens shadows in Almond’s images, giving them an otherworldly sense of place. Almond’s work is in numerous public collections worldwide, and in 2005 he was shortlisted for the Turner Prize.