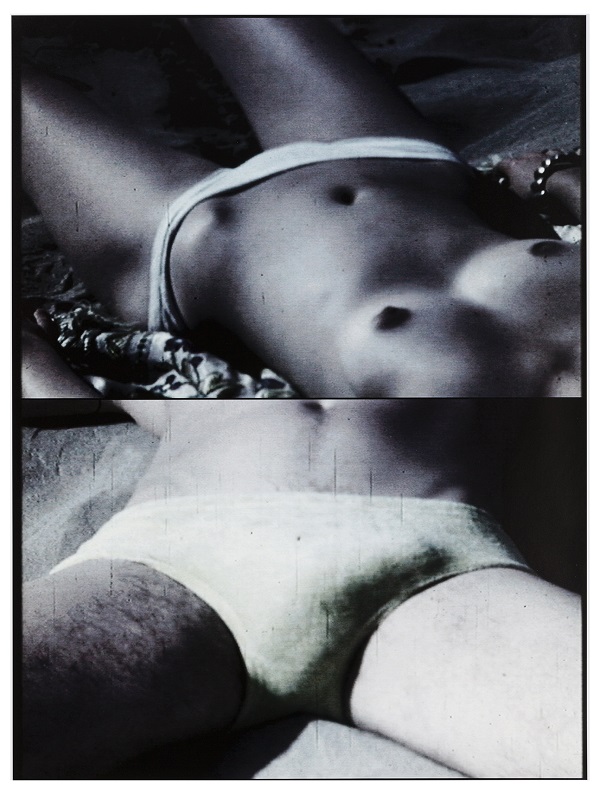 French artist and filmmaker Michel Auder moved to New York in 1969, and has spent the last five decades meticulously documenting the events that surround him, editing and recycling the footage into films that form a confessional biography. Auder’s personal archive of almost 5,000 hours of footage contains scenes mundane, titillating, glamorous, and seedy, traits that are all apparent in this print Do You Know Who is Donald Cammell? The lean, bronzed bodies of Auder’s friend and filmmaker Donald Cammell and their travel companion were filmed while the three were laying on a beach during a month-long trip through Morocco in the late 1960s. Auder is rarely seen in his films, but his presence is visible in the natural and at times voyeuristic scenes he captures. The two partially-clothed figures lay in the sun on display for the camera and any passer-by, in poses that seem relaxed yet provocative. Auder revisits this moment in several of his works, and each reuse of this imagery adds an additional layer to Auder’s memory of the trip and the viewer’s interpretation of it.