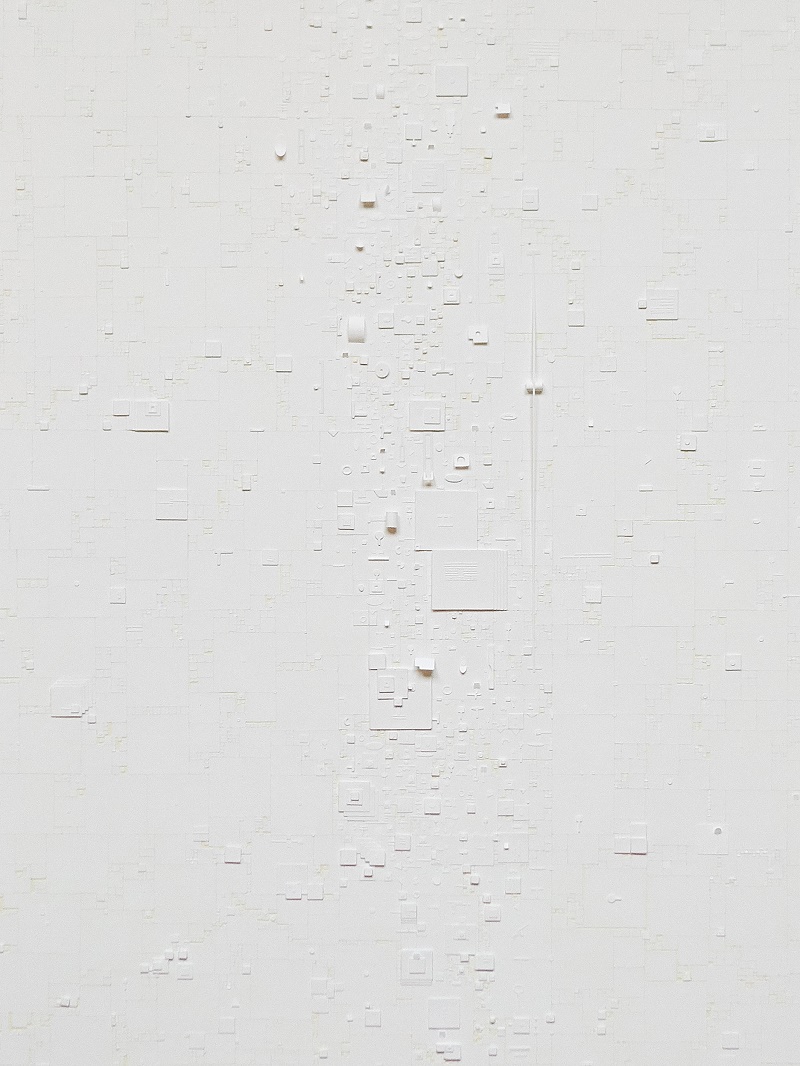 Our time is so preoccupied with the spectacle of macro drama that delicacy… has become subversive.
— Marco Maggi

For his Complete Coverage series, Uruguayan artist Marco Maggi uses an Xacto knife to meticulously cut into a stack of an image of a well-known artist’s work. In Complete Coverage on Ellsworth Kelly (5), Maggi takes on an image from Kelly’s Chatham Series, a group of 14 paintings Kelly began in 1970 after leaving New York. Paintings in the series are all comprised of two joined canvases that form an upside-down “L” of varying proportions and colors. Maggi builds on the ideas set out by Kelly decades earlier as he shapes the flat layers of the work into precisely and playfully folded 3D reliefs. Maggi’s work has been exhibited internationally, and he is currently representing Uruguay in the 2015 Venice Biennale.