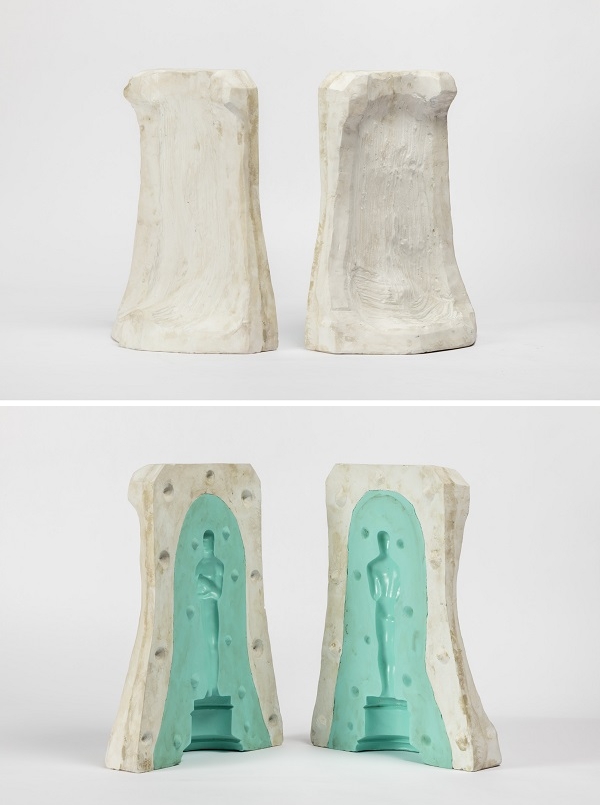 The American Dream is such a powerful and moving thing. So much of the imagery that illustrates this dream is pure LA cliché. These clichés carry so much symbolic weight and meaning; they activate people’s imaginations and inspire them to find a better way, and a better life. — Alex Israel

LA designer and artist Alex Israel places his work in the film and celebrity culture that permeates the city. Situated somewhere between appropriation and cultural critique, Casting ties the search for an actor to fill a role with the sculptural process of bronze casting, the interior shape of the sculpture recognizable as the iconic Oscar for the Academy Awards. The central void within the mold waits to be filled with a metal medium, though the piece itself is made of bronze, the traditional material used in casting, and not from plaster. Casting re-epitomizes the height of Hollywood glamour and recognition, but shown as an item that is easily reproduced.